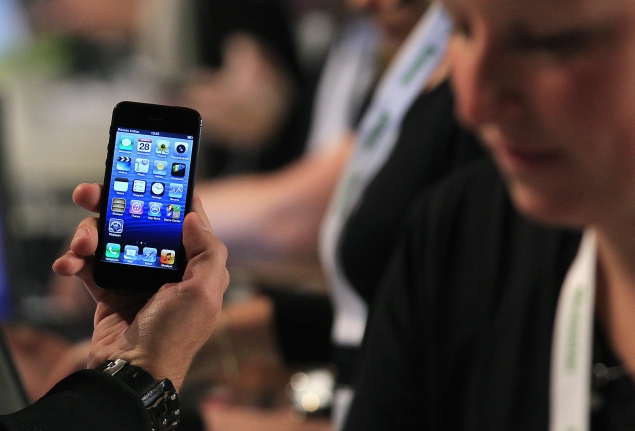 Ahead of Apple's scheduled special event where it's expected to unveil two new iPhones, a new report reiterates that the premium iPhone or iPhone 5S, could sport a fingerprint scanner.

The report comes through sources at the Wall Street Journal, familiar with the matter. It clearly mentions that Apple will include a fingerprint scanner on the more expensive of two iPhones it is expected to unveil on Tuesday, September 10.

WSJ's report also mentions that at least one Android phone to be released later this year will also include a similar fingerprint scanner, but it is not clear if that phone would be sold in the US market.

As expected, Apple did not comment on the matter.

The report doesn't specify the exact use case for the fingerprint scanner but speculates that it could be a way to authenticate users while unlocking the phone, in line with previous rumours and leaks.

Just a few days back, a new leak that claimed to identify a Home button flex cable in the iPhone 5S in a way confirmed that the Home button would integrate a fingerprint scanner.

Purported images of the iPhone 5S casing had also revealed a silver ring around the phone's Home button, indicating the possibility of a fingerprint scanner being present on the button.

Rumours related to the next iPhone sporting a fingerprint sensor started when KGI Securities analyst Ming-Chi Kuo claimed in his research report that Apple was expected to integrate a fingerprint reader under the home button for security. Reports following it suggested that Apple had selected Taiwanese chip maker Chipbond for sourcing a number of components for the iPhone 5S, including the touch display driver and hardware to support the fingerprint sensor and near field communications (NFC) capabilities.

Apple had acquired mobile security firm AuthenTec, last year, in a deal valued at about $356 million. AuthenTec makes security software and chips including chips for fingerprint recognition and near-field communication (NFC) for mobile phones. After the deal, analysts and tech pundits have been expecting Apple to use the technology in its next-generation iPhone.

Code hinting at the presence of a fingerprint scanner in the Home button had appeared in iOS 7 beta 4. However, the code was apparently removed in the next version of the OS.

Apple's September 10 event is expected to feature unveilings of the iPhone 5S and iPhone 5C, and so, it's a just a matter of a few hours till we know if the new iPhone will indeed offer the fingerprint scanner feature.