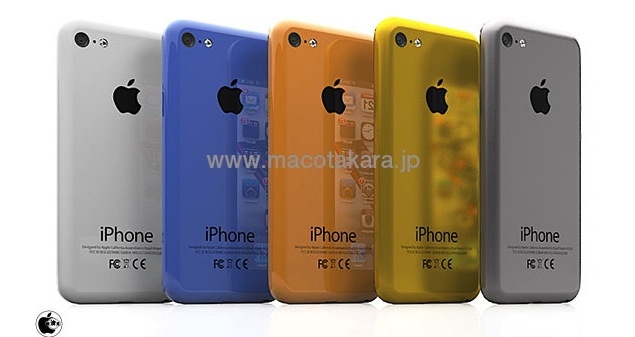 The much rumoured low-cost iPhone might come in a number of colours and is expected to go in trial production if a new report is to be believed.

According to Apple focused Japanese blog Macotakara (via MacRumors) the new low-cost iPhone will come in multiple colours. The website cites two sources that suggest different colours for the purported budget iPhone. While one source mentions that it would come in Navy, Gold Orange, White, and Grey colours, the second one suggests White, Pink, Green, Blue, and Yellow orange colours. It's interesting to note that none of them mention a Black colour variant.

The site also suggests that the iPhone 5S, the next generation iPhone, is also likely to come in multiple colours including Gold and Green.

It's not the first time that we're hearing about the budget iPhone coming in multiple colours. In April, Macotakara had reported that the iPhone 5S would come in a number of colours including Black and White, and that the cheaper iPhone will also come in a range of different colours.  In January, Topeka Capital Markets analyst Brian White had said that the next iPhone might come in multiple colours and different sizes. White had predicted that the next iPhone would come in a total of eight colours.

Case manufacturer Tactus had also shared purported pictures of the rear shell of the lower-cost iPhone. The rear shell was White in colour and appeared to have been made from plastic polycarbonate. This in a way strengthened the possibility of the phone coming in multiple colours.

It's worth pointing out that the iPod touch is available in White, Black, Yellow, Blue, and Pink, in addition to a special red edition.

As per the report, the test production of the budget iPhone will start in June, while it will go in to mass mass production in July with a September launch on the cards.

The website also suggests that the iPhone 5S would sport a dual-LED flash and a circular secondary microphone. It also indicates that the next generation iPad will come with an additional microphone.
Comments