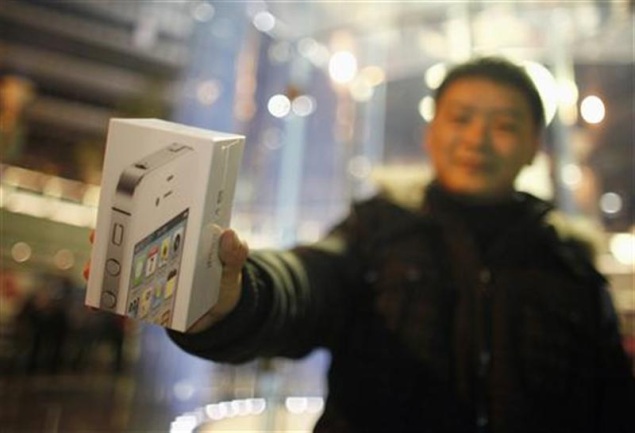 The post, which was spotted by the Wall Street Journal was quickly pulled, however, screenshots of the post are still in circulation. The Weibo post said that China would be one of the first markets to receive the new iPhones, and that customers can pre-order it through a page set-up for the purpose. The post linked to the pre-order page that featured pictures of the two new iPhones.

The post did clarify that no details about the phone had been made public but users will get the new iPhones when they start shipping. The images of the phones on the page appear to be mock-ups of the new iPhones as they don't match any of the recently leaked photos. The iPhone 5C is made to look like the iPhone 5 with different coloured back plate complete with white glass strips.

The pre-orders page is still up but has now been turned into a landing page with a message that says "Looking forward to..." and asks consumers to leave their names and telephone number to get notified. The website does not mention the iPhone, but as the WSJ report notes, the last part of the URL of the page reads "iphone5s.asp."

While it's known that Apple is now shifting its focus to China, especially with the low-cost variant of the iPhone, the iPhone 5C, as it's said to be holding a satellite event in Beijing, as per an earlier report, it marks a major change in its strategy as the iPhone usually takes months to go on sale in the Chinese market. This would be the first time that China features in the first phase of the iPhone's release, if the post is true.

Apple's been focusing on the Chinese market for quite some time as the world looks to the orient for emerging smartphone users, with little scope for growth left in the developed markets.