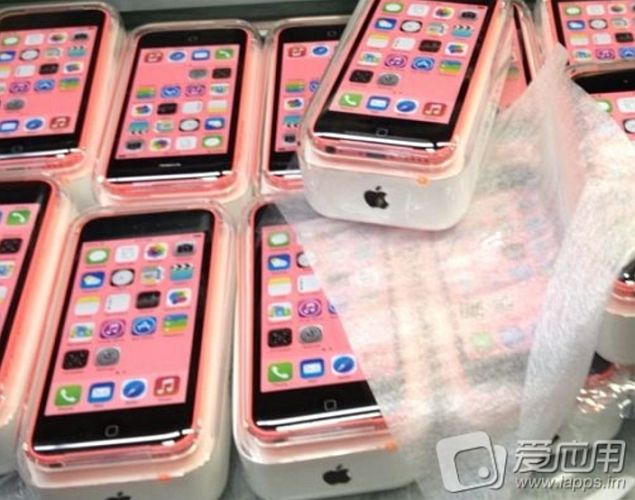 iPhone 5C or the low-cost iPhone has been the subject of various leaks in the past. Continuing with the series of leaks that have hit the Internet before Apple's rumoured September 10 iPhone event, new pictures of Apple's alleged iPhone 5C have surfaced online.

We had seen alleged pictures of plastic retail packaging featuring white plastic boxes marked 'iPhone 5C' with the Apple logo, in July. This time, the iPhone 5C is present inside the same iPod touch-like box complete with a transparent plastic lid.

The iPhone 5C pictured inside the box, matches with the previously leaked images of the phone, and features iOS 7 with the wallpaper of the phone matching the colour of its Red (Pinkish Red) back casing (it's most likely a screen sticker in the packaging representing the actual home screen). The site also offers similar pictures of the White, Yellow and Blue iPhones. 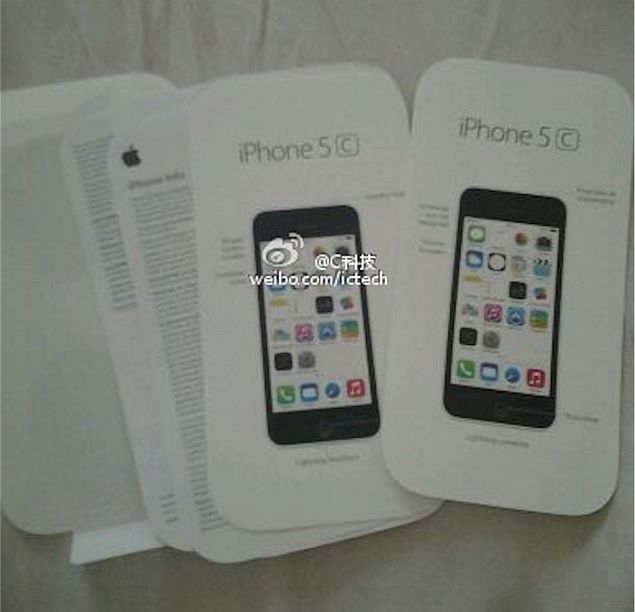 The pictures, first posted on iapps.im, also 'confirm' that the front panel of the iPhone 5C would be Black.In addition to this low quality photo, purported images featuring some documentation that comes with the iPhone 5C and the phone's SIM-eject tool have also appeared on Chinese microblog Weibo. The pictures were spotted by 9to5Mac.

The documentation captured in the pictures features the same Black coloured front panel that we've seen in previous leaks and shows the iPhone 5C running iOS 7. It also suggests a White wallpaper, colour matched with the phone's White back. The website notes that the documentation is semi-oval shaped, to fit the semi-oval plastic box of the phone revealed in other images.

A number of rumours including some by credible publications and journalists have confirmed September 10 as the most probable date for Apple hosting a special event to announce the new iPhone(s). Apple has not sent any invitations or announced an event officially, yet, though it typically sends out official invitations only a week before the actual event, so one can expect them any time.