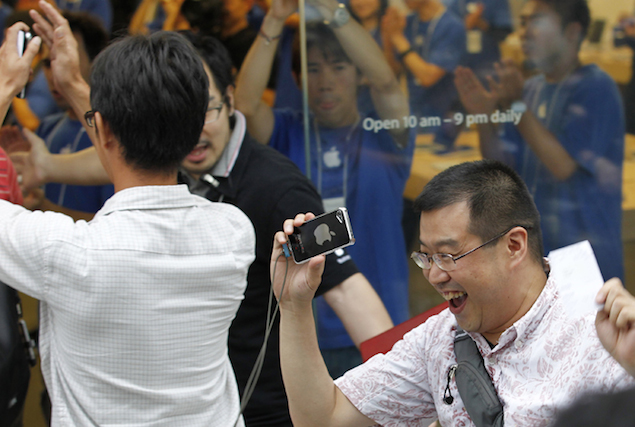 It looks like Apple's iPhone 5s and iPhone 5c smartphones are selling like hot cakes in Japan.

According to a tweet posted by research and data consultancy, Kantar, Apple's new iPhones accounted for 76 percent of new smartphone sales during the month of October. Interestingly, Japan's largest carrier, NTT DoCoMo sold a major number of iPhones in the same period. Out of the total number of smartphones it sold, 61 percent were iPhones. It's worth pointing out that it's the first time that the Japanese telecom operator is selling Apple's iPhones, and did not offer them before 2013.

The iPhone 5s and iPhone 5c went on sale in Japan starting 25 September on NTT DoCoMo, KDDI and Softbank.

The post comes a few days after the Wall Street Journal reported that Japan has appeared as the fastest growing region for Apple,  taking over America, China and other Asian markets.

The report attributed Apple's success in the Japanese market to  aggressive marketing and huge subsidies from telecom operators.

It pointed out that availability on NTT DoCoMo made the iPhone reach 61.8 million customers and boosted sales in September. It cites Tokyo's MM Research Institute's findings to report that the iPhone was Japan's bestselling smartphone, with a 37 percent market share in a period of six months that ended 30 September.

It also added that Apple's iPad captured more than 50 percent of the tablet market in Japan in the year ended March 2013. The report states that Japan was the most profitable market for the Cupertino giant with its operating profit margins being more than 50 percent, in contrast with margins of 35 percent in the rest of the world.