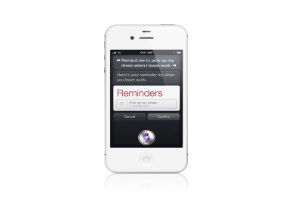 Highlights
The iPhone 4S has a little-heralded feature that makes it unique among phones, at least for a while: It can talk to a new class of wireless devices, such as watches and heart-rate monitors.

The phone, which went on sale Oct. 14, is the first to have a new type of Bluetooth chip that can connect using very little power. The chip uses so little power that it can go into devices that are powered only by a standard "button cell" battery common in watches. The battery can last for years.

Casio of Japan has said it will introduce a watch in late December that's Bluetooth Smart. It will be able to link to a smartphone and alert the wearer to incoming emails and text messages by beeping and vibrating.

Sony Ericsson had a watch five years ago that used regular Bluetooth to do the same things the Casio watch will be able to do. But the Sony Ericsson watch weighed nearly half a pound because of its big, rechargeable battery, and it lasted only three weeks on a charge.

Nordic Semiconductor, a Norwegian company, has said that one of its Bluetooth Smart chips will go into a belt that measures its wearer's heart rate and relays it to a smartphone.

Other possible Bluetooth Smart devices include glucose sensors for diabetics and home-automation sensors that could, for instance, tell a phone if all the windows in the home are closed, said Suke Jawanda, chief marketing officer of the Bluetooth Special Interest Group.

Besides the iPhone, the soon-to-be-released Razr from Motorola Mobility Holdings Inc. will also be Bluetooth Smart Ready, Jawanda said. It's a touchscreen smartphone that doesn't have much in common with the old clamshell Razrs.

Bluetooth Smart was developed by Nokia Corp., which called it "Wibree." It yielded the technology to the Bluetooth SIG in 2007 to spread its adoption.
Comments