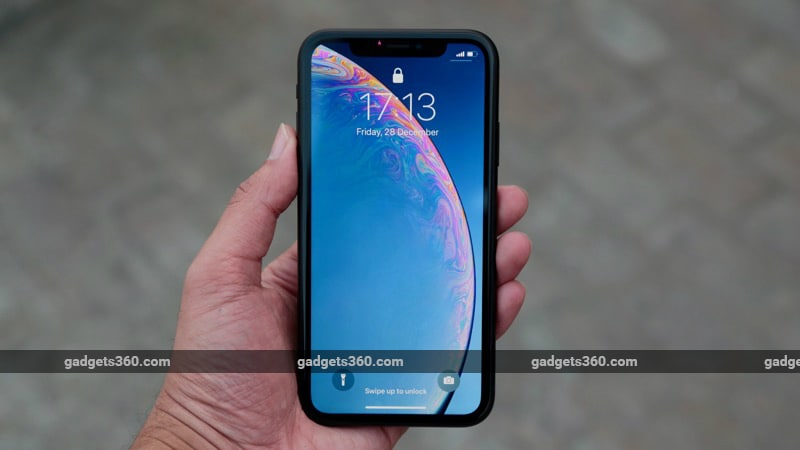 The 4.7-inch iPhone will reportedly have 128GB of internal storage

Apple is reportedly planning to launch a new 4.7-inch iPhone that will be based on the iPhone 8's design and will feature an LCD display. The device is tipped to arrive in March 2020 and will reportedly be powered by the in-house A13 chip, which is also expected to be at the heart of upcoming iPhones set to debut later this year. Apple is said to be aiming to revitalise its sales in the mid-tier smartphone segment with this iPhone. As for the features, the phone is expected to feature a single rear camera and 128GB of internal storage.

A report from DigiTimes, citing China's Economic Daily News, notes a 4.7-inch iPhone with a full-HD LCD display set to arrive next year will be a ‘revised' version of the iPhone 8. If the report is accurate, Apple will release four iPhone models in 2020, including the previously rumoured three iPhone models with OLED screens.

In terms of the internals, this upcoming 4.7-inch iPhone will reportedly be powered by Apple's A13 chip and will feature a single rear camera and 128GB internal storage. The iPhone is said to be coming around the end of March in 2020 and its production responsibilities will be handled entirely by Taiwanese contract manufacturer Pegatron. Apple is tipped to order the production of around 20 million units of the device.

The Apple offering is expected to be priced around the NT$ 20,000 (roughly Rs. 45,000) mark. The report does not mention anything about the biometrics, but since the 4.7-inch iPhone is being pegged as a ‘revised iPhone 8', it might stick with a Touch ID-based fingerprint sensor, unlike the new breed of iPhones that come with Face ID hardware.

With the 4.7-inch iPhone, Apple is said to aiming to recapture the market share in the mid-range segment it has lost to Chinese smartphone makers, and is also looking to target buyers who still yearn for a smaller iPhone. Moreover, going for a design similar to the iPhone 8 will introduce a familiarity aspect for the manufacturing partners, and since the cost of components has also reduced over time, Apple can keep the 4.7-inch iPhone's product cost in check and maximise profits.