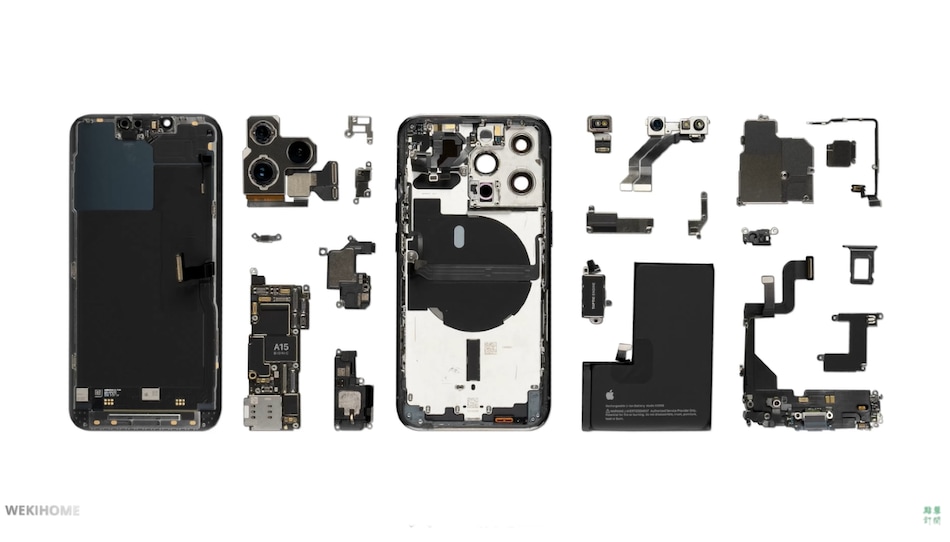 The video goes on to show that the display as well as the RAM has been supplied by Samsung and that the main supplier for flash memory is Japan's Kioxia. The iPhone 13 Pro also utilises Qualcomm's X60 modem for 5G connectivity and is seen to have a slightly smaller Taptic Engine that that of the iPhone 12 Pro. The internal components of the iPhone 13 Pro are largely similar to the iPhone 12 Pro, but a lot of small tweaks have been introduced. The detailed teardown video can be seen below:

The iPhone 13 range was launched earlier this month and all the models — iPhone 13, iPhone 13 mini, iPhone 13 Pro, and iPhone 13 Pro Max — went on sale last week. The iPhone 13 Pro model has been priced starting at Rs. 1,19,900. It is powered by Apple's new in-house A15 Bionic SoC. Cameras include a new 77mm telephoto camera with 3X optical zoom, an ultra-wide camera that can now take macro shots at up to 2cm from the subject, and a primary wide camera with an f/1.5 aperture and 1.9um sensor pixel size.