iPhone 13 is said to feature a 6.1-inch LTPO display and have a dual rear camera setup. 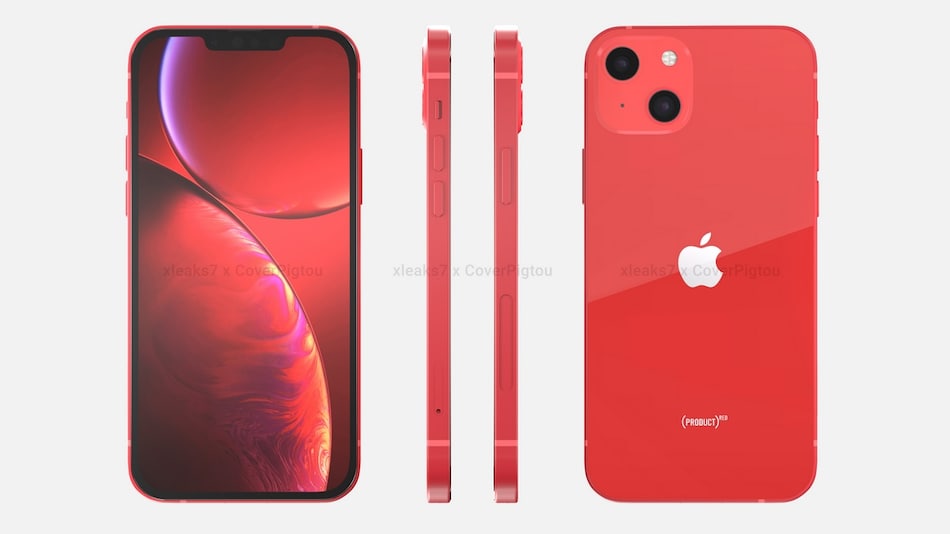 Starting with the iPhone 13, tipster David Kowalski in collaboration with Coverpigtou has shared renders of the alleged PRODUCT (RED) iPhone 13. The red phone can be seen with dual-rear camera sensors that are positioned diagonally from each other instead of being vertically aligned as on the iPhone 12. The report states the iPhone 13 series should come with a 6.1-inch LTPO display panels and the vanilla iPhone 12 could measure 146.64x71.5x7.56mm. The report adds that the iPhone 13 is likely to start at $700 (roughly Rs. 52,100).

The rear camera setup on the iPhone 12 mini can also be seen in the CAD drawings shared a tipster on Chinese microblogging website Weibo. The same diagonally aligned sensors can be seen, along with the speaker grill at the bottom and what is likely the Lightening connector.

As of now, Apple has not shared any information on the iPhone 13 series which is expected to debut in October this year.