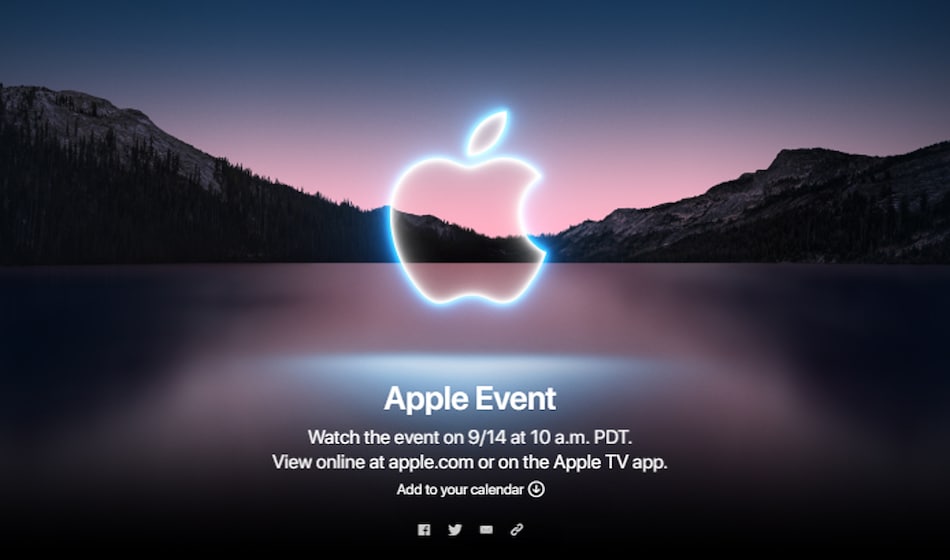 iPhone 13 series is expected to launch at Apple's 'California Streaming' event on Tuesday, September 14. A fresh leak ahead of the launch has now tipped the storage options that will be offered with the upcoming range of smartphones. The Cupertino-based tech giant is said to be releasing four smartphones in the iPhone 13 lineup. Alongside the new iPhone models, Apple is also said to announce the AirPods 3 at the event and sell them alongside the AirPods 2. Apple's launch event can be livestreamed via its website or YouTube Channel.

Kuo has also reportedly said that Apple will launch the AirPods 3 alongside the iPhone 13 lineup at the 'California Streaming' event. The analyst predicts that AirPods 3 will either be priced higher than the AirPods 2 or will have the same price as the last-generation model, which will then get a price cut. In both scenarios, Kuo says Apple will continue to sell the older AirPods for the people who prefer that design over the Airpods Pro-like in-canal fit expected in the newer model.

Apple's 'California Streaming' event is scheduled to take place on September 14 at 10am PDT or 10:30pm IST. You can watch the event through Apple's event page or through its official YouTube Channel.

Previous rumours suggest that the iPhone 13 series smartphones may feature a smaller display notch than the previous iterations and also larger camera sensors. The iPhone 13 Pro and iPhone 13 Pro Max are said to come with better ultra-wide cameras.

The entire iPhone 13 lineup may get heftier and thicker than before. iPhone 13 Pro Max is reported to get an 18-20 percent larger battery capacity compared to its predecessor. The Pro Models may also get 120Hz refresh rate displays and may work at 60Hz refresh rate in low-power mode.

Previous leaks also suggest that the iPhone 13 may come with a portrait cinematic video feature that uses an electronic image stabilisation (EIS) system, also known as "Warp". This will let users blur the background while recording a video. The optical image stabilisation (OIS) and Night Mode features are also said to get optimised in the new models.

The iPhone 13 models are also reportedly getting a new satellite feature, that is said to allow users to transmit short emergency texts and send SOS distress signals in the event of a disaster. It may only work in areas with no cellular network and only in select markets.

The prices of the upcoming iPhone range were earlier expected to rise due the global chip shortage, but recent reports suggest this may not be the case. Apple is also reportedly working on improving its FaceID tech. The upcoming iPhone 13 models may also come with Always-On Display along with the integration of Wi-Fi 6E.

This week on Orbital, the Gadgets 360 podcast, we discuss iPhone 13 leaks and what we expect from the Apple event. Orbital is available on Apple Podcasts, Google Podcasts, Spotify, Amazon Music and wherever you get your podcasts.