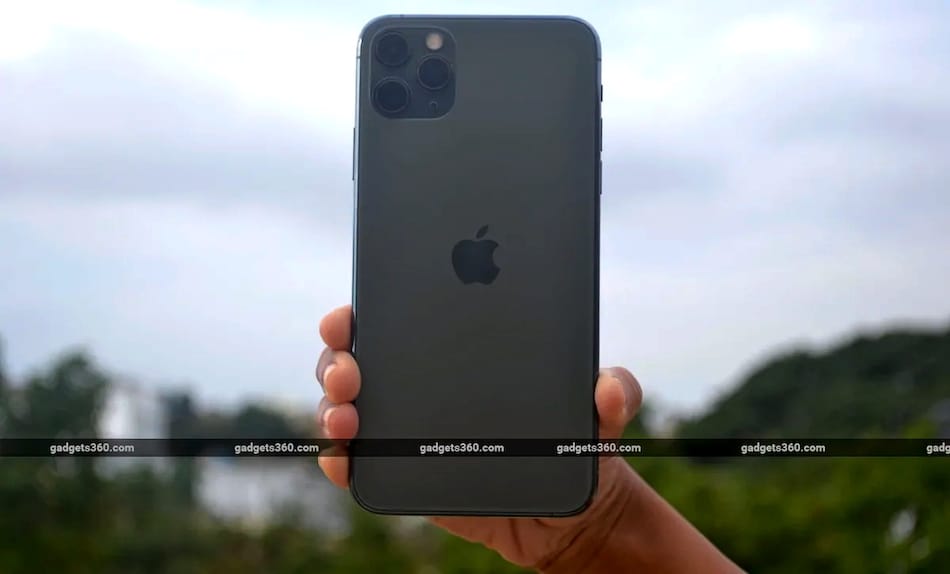 iPhone 12 Pro is months away from its official launch but thanks to a host of leaks, we have some idea of what to expect on Apple's next flagship smartphone. Now rumours are suggesting that the iPhone 12 Pro that is expected to release alongside the iPhone 12, will have a 64-megapixel camera and 4400mAh battery. Earlier rumours have indicated that the new iPhone may be powered by the next-generation A14 chipset, and additionally support 5G. Of course, Apple has not confirmed the aforementioned specifications and all this should be taken with a grain of salt.

According to the latest rumours by YouTuber "EverythingApplePro" who was quoting tipster Max Weinbach, Apple is considering to upgrade the camera in the next flagship iPhone 12 Pro to match the new benchmarks set by brands such as Samsung with its Galaxy 20 series. In his video, the YouTuber said that Apple may add a primary 64-megapixel Sony sensor to its triple rear camera setup. However, it was not specified whether the company will retain the two 12-megapixel sensors, as seen in the previous generation iPhone models or upgrade them with the 64-megapixel image sensors.

Speaking of zoom support, the YouTuber believes Apple will expand Night Mode to the telephoto camera on the iPhone 12 Pro. To ensure this, Apple is speculated to increase the aperture of the ultra-wide-angle camera by around 35 percent to f/1.6. Moreover, a new Time-of-Flight 3D sensor is tipped on the new iPhone. This will improve portraits and offer better AR experience.

Citing earlier reports that had indicated that iPhone 12 Pro might see 5G support and 120Hz refresh rate, the YouTuber added that Apple will need a bigger battery to seamlessly function. Quoting Weinbach, EverythingApplePro said that the new iPhone may see 4400mAh battery compared to 3969mAh battery seen in iPhone 11 Pro Max. The YouTuber also pointed out that Apple is likely to upgrade the camera sensors on the next iPad. Without diving into details, it is speculated that the iPad may see "bigger cameras."

Previously it was reported that Apple is likely to add Wi-Fi 802.11ay, a wireless standard that's still in the draft phase, in the next series of iPhone models. Adding support for Wi-Fi 802.11ay may help Apple improve its AirDrop feature, apart from other obvious benefits.

iPhone 12 series phones are expected to ship in three different screen sizes: 5.4-inch, 6.1-inch, and 6.7-inch. Apple is also expected to launch a new affordable iPhone model in March, something that may get delayed due to the ongoing coronavirus outbreak.