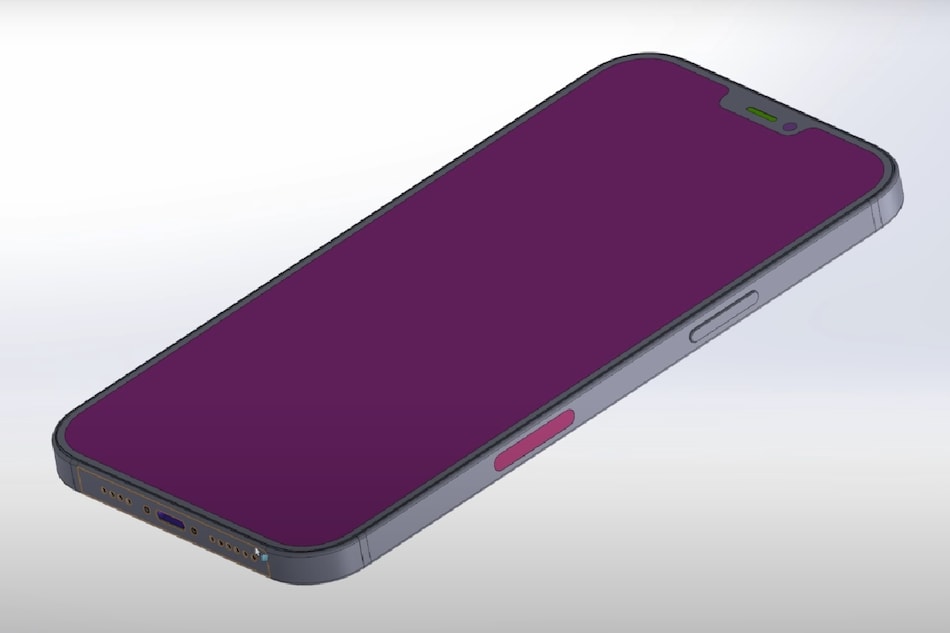 This could be the design of the iPhone 12 Pro Max

Apple isn't likely to unveil the iPhone 12 family anytime soon — at least until September — if we go by its historical records. Nevertheless, some computer-aided design (CAD) schematics of the iPhone 12 Pro Max have surfaced online to suggest what all the changes the Cupertino, California-based giant would bring over to the iPhone 11 Pro Max. One of the key highlights that has emerged from the schematics is the Smart Connector. The iPhone 12 Pro Max is also likely to be thinner than the existing flagship iPhone. You'll also notice various similarities in the design with that of the latest iPad Pro.

Generally, accessory makers get the idea of what Apple has in the pipeline sometime ahead of the official launch. This leads to the CAD schematics leaks. So nothing new here. However, what's new and important to note is that the fresh leak suggests the complete design of the iPhone 12 Pro Max.

YouTube channel EverythingApplePro has sourced the information from tipster Max Weinbach, who's obtained it from a casemaker and claims that the schematics are 70 percent complete, and posted a video suggesting the major changes over the iPhone 11 Pro Max. Instead of looking like an upgrade of last year's model, the iPhone 12 Pro Max seems to have a design that looks quite similar to the iPad Pro 2020. This is something similar to what Bloomberg reported earlier this week.

The schematics suggest that the new iPhone will be 7.39mm thick against the 8.10mm iPhone 11 Pro. However, you'll get a thicker camera bump that will be 1.26mm — instead of the 1.21mm bump on the last year model.

Apple is also likely to shrink the bezels on the iPhone 12 Pro Max by about 40 percent from all four sides. This could be 1.5mm in size over the 2.5mm bezels on the previous generation. Further, thinner bezels means higher screen-to-body ratio.

At the back, the schematics suggest that the new iPhone will include a fourth sensor that would be a LiDAR scanner. The four sensors would be available in a 2x2 matrix form — with the LED flash module sitting at the middle of them.

There could also be some changes in terms of the notch. If we look at the 3D model designed using the schematics, the notch on the new iPhone is likely to be smaller that we have on the existing iPhone models. It is said to be just larger than the notch available on the OnePlus 6.

Apple has been offering curved edges on the iPhone for some time. But this trend is likely to be changed with the iPhone 12 Pro Max that appears to have flat edges. The schematics also suggest that there would be a Smart Connector, which would work with some accessories.

It is important to note that this isn't the first time when we've seen some hints about the Smart Connector. Some reports mentioned its presence on the iPhone 7 models back in 2016. However, we're yet to see something similar in reality.

Apple is likely to unveil the iPhone 12 family in three different sizes sometime in September this year. The new range is expected to come with 5G support amongst other changes.

In the meantime, we can safely expect some fresh leaks and rumours emerging on the Web to suggest additional details about the latest iPhone models.