You may need Apple’s 20W USB-C adapter to get 15W fast wireless charging experience via MagSafe on your iPhone 12. 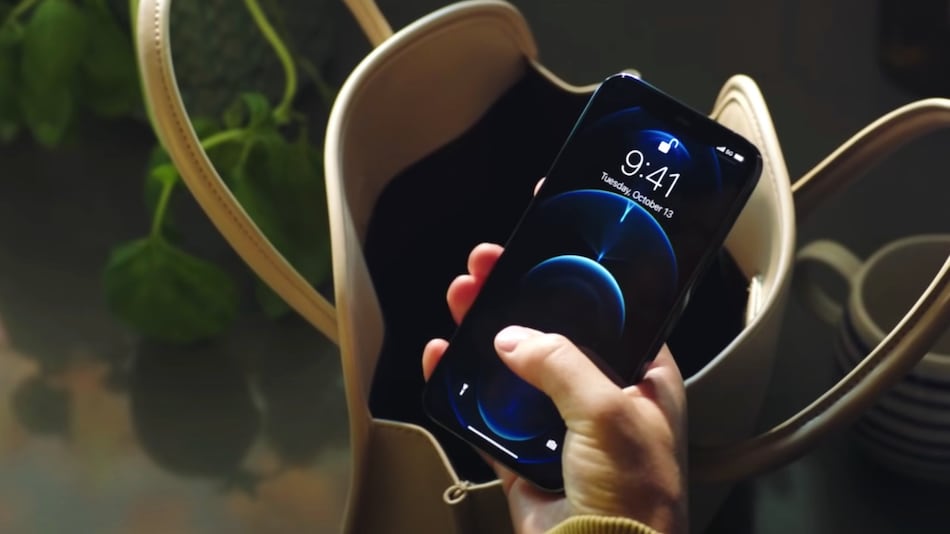 Apple's MagSafe Charger for the iPhone 12 series seems to restrict 15W fast charging specifically to the company's 20W USB-C adapter. This means that you aren't likely to get the same fast charging experience when using a third-party adapter or even a heavier capacity MacBook adapter. Separately, a US Federal Communications Commission (FCC) filing has been spotted that suggests reverse wireless charging functionality on the iPhone 12 models. Companies including Huawei and Samsung have offered a similar feature on their flagships for some time.

Aaron Zollo of YouTube channel Zollotech posted a video testing the MagSafe Charger that apparently resulted in its fast charging restriction. The video comprehensively tests the new puck-shaped charging device with multiple adapters, including Apple's 20W USB-C adapter and the existing 18W unit that came with the iPhone 11 Pro models earlier. Zollo also used an inline digital meter to measure the current throughout.

The 20W USB-C adapter is found to be the only solution to deliver 15W charging through the MagSafe Charger. However, the charging dropped to 13W when using the 18W adapter.

Upon switching to some older adapters and third-party units, the narrator found that the charging through the MagSafe Charger dropped further. Even with the 96W MacBook Pro USB-C adapter that is also offered by Apple, the charging dropped to as low as 10W. This was similar to what was achieved with Anker's PowerPort Atom PD1 charger.

Apple, on its support page, hasn't explicitly mentioned that the 15W charging experience is restricted to the 20W adapter. It instead says, “Connect the USB-C connector on your MagSafe Charger to a 20 watt (W) or greater Apple USB-C power adapter.” The support page also highlights that the MagSafe Charger requires at least a 12W power adapter. This means that it can't work with a 5W unit that came with many iPhone models previously.

In his video, Zollo noted that just like any other wireless charging unit, the MagSafe Charger works in tandem with the temperature, reducing the output when heat rises and vice-versa.

As presumed by Apple Insider, third-party adapters may need to adopt a specific MagSafe-compatible profile to ensure fast charging on the iPhone 12 models. Apple, however, didn't provide a comment to Gadgets 360.

In addition to supporting MagSafe, the iPhone 12 series is found to have reserve wireless charging functionality. Some details available on the FCC site, first spotted by Jeremy Horwitz of VentureBeat, suggests that there is support for a Wireless Power Transfer (WPT) charging function.

“In addition to being able to be charged by a desktop WPT charger (puck), 2020 iPhone models also support WPT charging function at 360kHz to charge accessories,” one of the FCC filings reads.

Apple appears to have disabled reverse wireless charging on the iPhone 12 models at the current stage. However, as Bloomberg's Mark Gurman speculates, the functionality might be enabled following the release of the next-generation AirPods that are rumoured to debut next year.