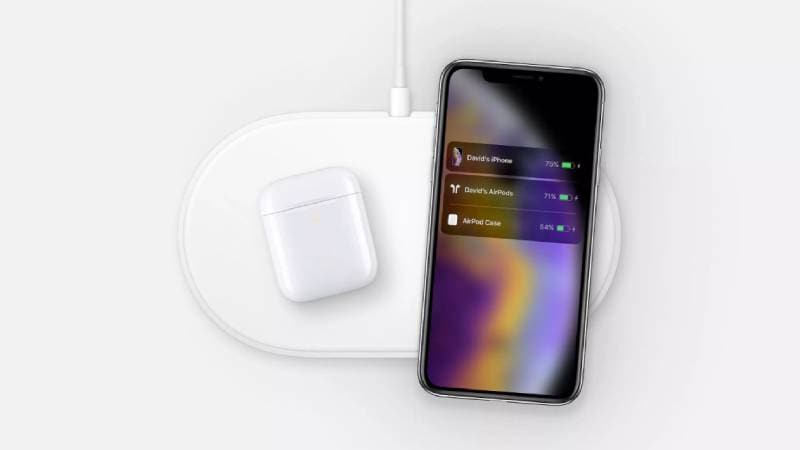 New report suggests that Apple's next-gen flagship iPhone 11 will support reverse wireless charging, which means users will be able to charge their Apple Watch and AirPods cases on the new phone, without the need of a cable. The report also says that the iPhone 11 will come bundled with a new 18W USB charger that ships with the iPad Pro currently, to enable faster charging than before. Separately, the delayed AirPower now gets a new launch timeline, and a fresh report suggests that it may launch as early as sometime in ‘late March'.

Talking about the iPhone 11 first, Macotakara reports that the next-gen iPhone will come with reverse wireless charging feature. The report states that Apple will use the same Wireless PowerShare technology that is used in the Samsung Galaxy S10. It will allow the Apple Watch and even the AirPods case to charge on the iPhone back panel.

In addition, the report states that the next iPhone will continue to adopt the Lightning connector, but the charging cable will be changed to the USB Type-C to Lightning cable. Furthermore, the bundled power adapter may be changed to the Apple 18W USB-C power adapter that currently ships with the iPad Pro. The report states that all of this will enable the new iPhones to charge more quickly.

Separately, a DigiTimes report suggests that the long-awaited AirPower wireless charging mat will release in ‘late March'. Considering that we are already in late March, the launch should be imminent, if the report holds any legitimate weight. The report cites sources to state that ‘Apple's AirPower wireless charger for iPhones, Apple Watch and AirPods is set to be officially launched in late March.'

Apple has a scheduled event for March 25, and while announcement related to streaming services are largely expected, the AirPower could also be introduced alongside. Just a day ago, the AirPower wireless charging mat spotted in fresh images on Apple's Australia website, lending more weight to its launch this Monday.