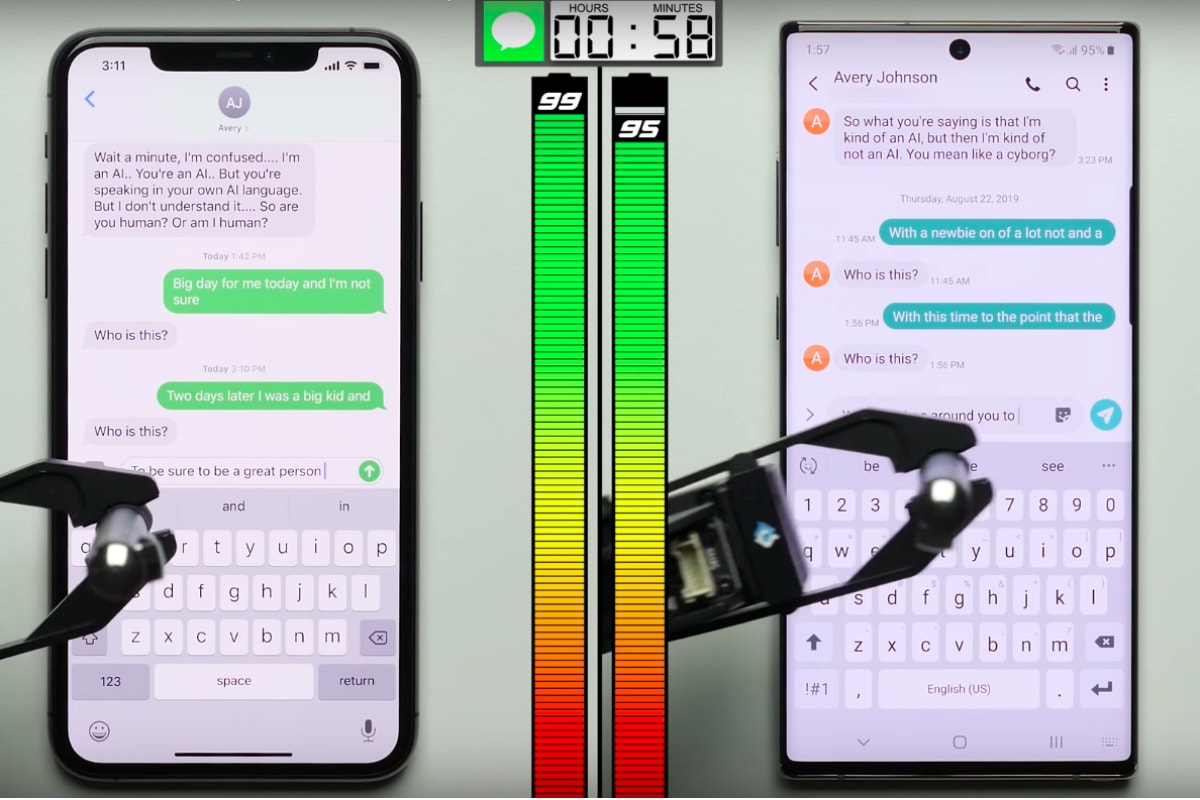 The video, which has been posted by YouTube channel PhoneBuff, begins the comparison by mentioning that the Samsung Galaxy Note 10+ houses a 4,300mAh battery that powers its 6.8-inch QHD+ (1440x3040 pixels) Super AMOLED display, while the iPhone 11 Pro Max has a 6.5-inch display of 2688x1242 pixels resolution and reportedly includes a 3,969mAh battery. This shows that the battery capacity on the Galaxy Note 10+ surpasses what we have on the iPhone 11 Pro Max, though there are differences on the part of displays and, of course, the internals.

Apple has optimised the software and hardware on the iPhone 11 Pro Max to deliver an enhanced battery life. The Apple A13 Bionic chip on the new iPhone also has various optimisations to reduce power consumption to some extent.

All this has been showcased in the video as it declares that despite calibrating the screen brightness levels precisely to 200 nits and controlling the screens with an automated robotic arm, the iPhone 11 Pro Max overshadowed the Galaxy Note 10+.

The video examines the battery performance of both phones through messaging, email, scrolling, browser, GPS navigation, and gaming tests among others. It also features a standby test, which shows that after 16 hours of inactivity, the iPhone battery dropped only by six percent, whereas the Galaxy Note battery declined by 10 percent.

At the time our review, the iPhone 11 Pro Max delivered 19 hours and 27 minutes of playback time in our HD video battery loop test. This was contrasting the playback time of 17 hours and nine minutes that we received on the Galaxy Note 10+.

All this shows that you'll certainly get few more hours of battery power on the iPhone 11 Pro Max over the Galaxy Note 10+. However, you'll need to pay more to get the latest iPhone against the newest Galaxy Note.