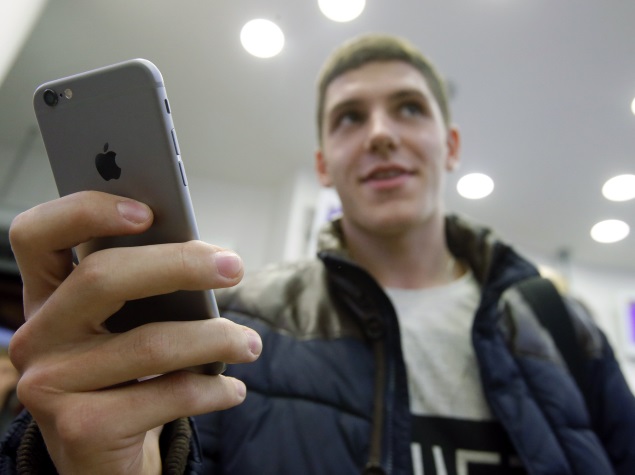 According to the latest data, mobiles sales at Thanksgiving and Black Friday during the holiday weekend were mostly dominated by iOS users.

Reportedly, on both occasions, iOS users outspent Android users in the US. For Thanksgiving and Black Friday, IBM's Digital Analytics unit data suggests that iOS sales were almost double than Android, whereas for the Black Friday sales, Adobe discovered that iOS users drove four times sales revenue as of the Android devices.

On Friday, Adobe released its 2014 Digital Index Online Shopping data for the holiday season (between November 1 and November 28). It noted that consumers spent $32 billion online during this period, which is 14 percent more from the same time period in 2013.

Adobe data suggested that 29 percent of sales on Thanksgiving (which is up from 21 percent in 2013), and 27 percent on Black Friday (which is up by three percent than last year) came from mobile devices, out of which, iOS users were 79 percent, while Android users were 21 percent. It further suggested sales figures of $1.33 billion and $2.4 billion on Thanksgiving and Black Friday respectively.

On the other hand, IBM's released data on Saturday, suggested that, for the first time, online traffic from mobile devices outpaced PCs on Thanksgiving with 52.1 percent, and overall Thanksgiving online sales went up by 14.3 percent compared to last year. Meanwhile, Black Friday mobile traffic reached 49.6 percent of all online traffic, which is an increase of 25 percent over last year.

"Mobile has become the new Thanksgiving tradition as consumers find the best deals with their fingers as well as their feet," said Jay Henderson, Director, IBM Smarter Commerce.