iOS 9 Gets Its First Untethered Jailbreak Tool From Pangu 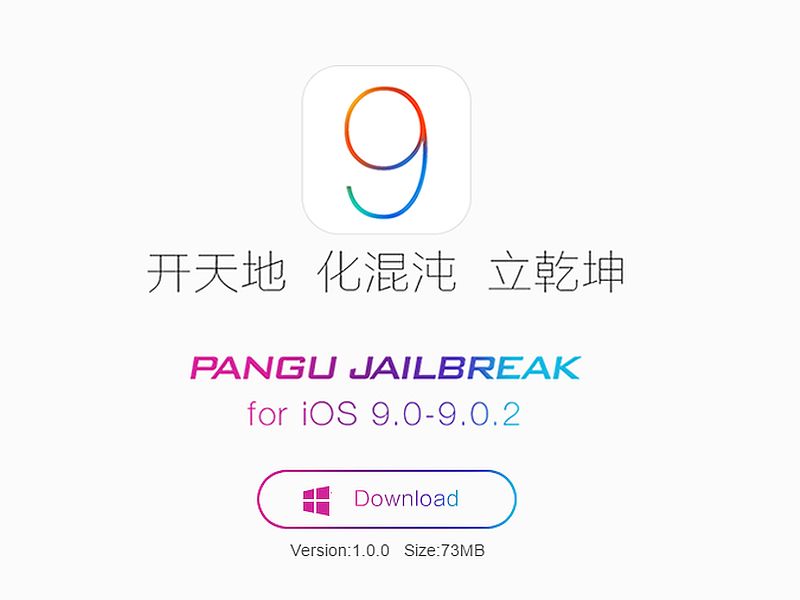 The first jailbreak for iOS 9 has been released within four months of Apple making beta versions of its mobile operating system available to the general public. The jailbreaking process gives iPhone users the ability to gain control over aspects of the device which are otherwise locked down by Apple, including the ability to install apps from sources other than the official App Store.

Popular Chinese hacker team Pangu is claiming to have developed the first publicly available 'untethered jailbreak tool' for iOS 9 which it says can work on devices running all iOS 9 release to date: iOS 9.0, iOS 9.0.1, and iOS 9.0.2. The supported device list includes the new iPhone 6s and iPhone 6s Plus apart from older iPhones, iPads, and iPad touch models. The jailbreak tool is only available for Windows at the moment, though a version of OS X for Mac users is expected to be released soon. Developers have already started using the new jailbreak tool to tweak their devices. Steve Troughton Smith posted on Twitter that he has developed a jailbreak tweak to enable the split-screen feature of iOS 9 on the iPad Air.

Pangu Team announced the news on Wednesday in a tweet, saying, "We are very excited to announce the release of Pangu 9, the first untethered jailbreak tool for iOS 9." Notably, Pangu had also released a jailbreak hack for iOS 7.1.1 last year.

iOS jailbreaking is the process of removing Apple's limitations on iOS through the use of software and hardware exploits. The jailbreaking process permits root access to the iOS file system and manager, allowing the installation of additional apps and extensions that are unavailable on the App Store. However, it also gives malware access to the device and potentially enabling the theft of personal account details. An iOS malware named KeyRaider was recently reported to have stolen around 225,000 iOS users' Apple account credentials, certificates, private keys, and purchase receipts. We would like to remind our readers that jailbreaking voids the warranty of any Apple device.