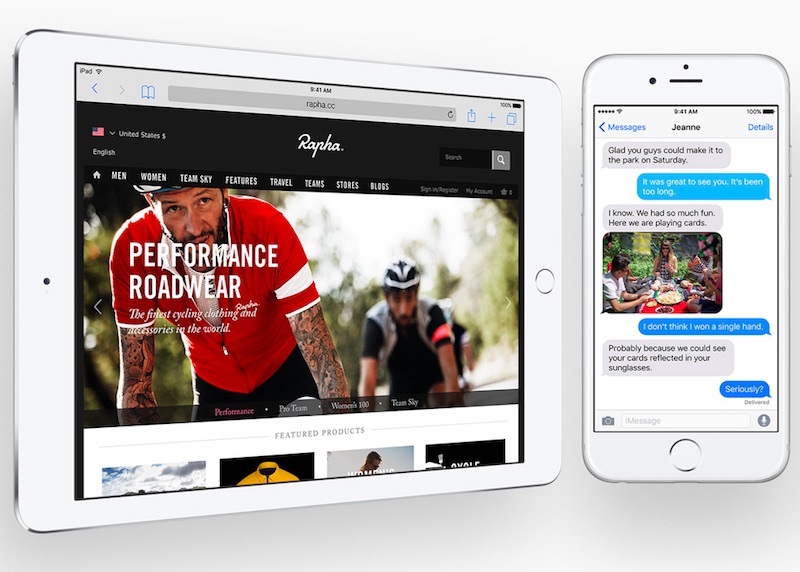 Apple on Wednesday released iOS 9, the latest iteration to its mobile operating system. It's been more than 30 hours since the release of it, so how well are people receiving it? Apparently not as well as iOS, though the adoption rates are not too far apart.

As of 8am IST Friday, the mobile operating system has been installed on 18 percent of all eligible devices, according to the analytics firm Mixpanel. If the data is accurate, iOS 9's adoption rate is marginally lagging behind iOS 8 as well as iOS 7.

As per Mixpanel, iOS 9 was installed on 12 percent eligible devices in the first 24 hours of its release. Compared to older versions of iOS, this is rather slow. In the first 24-hour since its release, respectively, iOS 8 saw a penetration of 16 percent, while iOS 7 had more than 20 percent penetration.

It should be alarming for Apple that not many people have upgraded to the latest version of its mobile operating system. Unlike iOS 8, which required users more than 4GB of free space on the device to download and install the update, Apple toned down the requirement to under 1.5GB of storage space with iOS 9. That space requirement alongside several bug and crashes caused many users to step aside and wait for a fix before upgrading to iOS 8, which plummeted the adoption rate last year.

There are however several possible explanations for the slow adoption of iOS 9. One of which is pretty simple: there are too many iOS devices out there. Every year, Apple is selling hundreds of millions of new iPhone models and iPad models, and it is obvious that not everyone is going to download the latest operating system right away.

The second reason is an apparent fear among users that the new iOS updates are buggy, and they just want to wait for a few days before jumping the ship. The third reason, however unlikely, is that for the first two hours, plenty of users faced issues downloading iOS 9 update. Apple's servers were seemingly hammered with so many requests that the firm couldn't seed out the update to every device without fail.

Also worth noting is that earlier this year, Apple opened its iOS beta program to the public, allowing anyone to test out the beta version of the company's mobile operating system. As a result, many users are currently on the iOS 9.1 beta. This could possibly one of the reasons why not many people are on stable version of iOS 9 right now.

The adoption rate could boost significantly over the weekend when many will finally find some time to deal with a software update on their mobile devices.