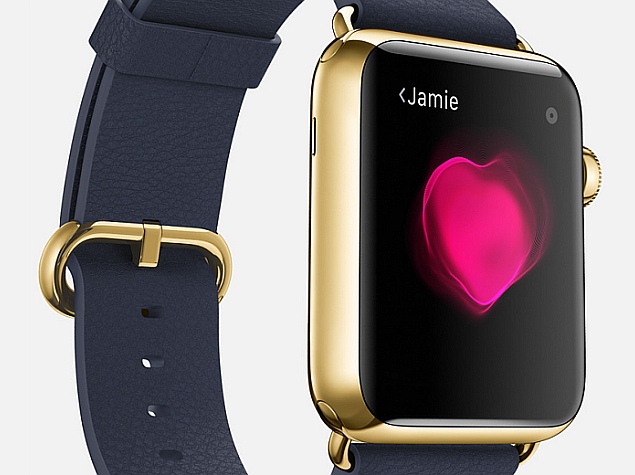 Apple has started rolling out the iOS 8.2 update to iPhone, iPad, and the iPod touch. Apart from bug fixes and performance improvements, the update most notably brings support for Apple Watch to the iPhone.

iOS 8.2 brings Apple Watch support to iPhone 5 and newer phones, with a new iPhone app called Apple Watch that will let users pair and sync their Watch with an iPhone. The companion app also allows users to customise watch settings, browse, and download compatible apps from the App Store.

The iOS 8.2 update also brings a new Activity app to view fitness data and achievements from Apple Watch - it appears when the Apple Watch is paired. The Health app has also been improved with the update, and gives users the ability to select the unit of measurements, apart from being able to add and visualise workout sessions from third-party apps.

Other Health app changes include stability improvements when dealing with large amounts of data, and several bug fixes. It also adds a privacy setting that enables turning off tracking of steps, distance and flights climbed.

Finally, Apple's iOS 8.2 update also provides security fixes, with one for the FREAK SSL security flaw as promised last week, and a flaw that allowed attackers to restart the iPhone via a malicious SMS.

The full list of changes included in iOS 8.2 is as follows:

This release introduces support for Apple Watch, and also includes improvements to the Health app, increased stability and bug fixes.

Impact: An attacker with a privileged network position may be able to execute arbitrary code

Description: Multiple buffer overflows existed in the handling of data during iCloud Keychain recovery. These issues were addressed through improved bounds checking.

Impact: A malicious application may be able to execute arbitrary code with system privileges

Description: An off by one issue existed in IOAcceleratorFamily. This issue was addressed through improved bounds checking.

Impact: A malicious application may be able to execute arbitrary code with system privileges

Description: A type confusion issue existed in IOSurface's handling of serialized objects. The issue was addressed through additional type checking.

Impact: Maliciously crafted or compromised applications may be able to determine addresses in the kernel

Impact: An attacker with a privileged network position may intercept SSL/TLS connections