iOS 8 to come with Preview and TextEdit apps with iCloud integration: Report 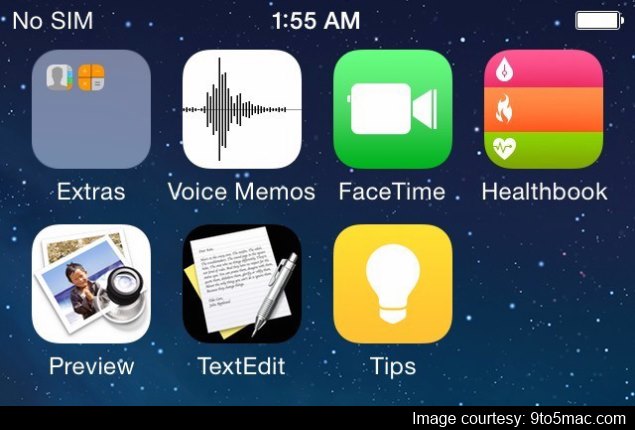 New leaked screenshots obtained by 9to5mac appear to show an early build of iOS 8 with icons for Preview and TextEdit, the basic image and document tools that have been part of Apple's desktop operating systems for many years.

The versions that might ship for iPhone, iPad and iPod touch would not allow users to edit photos, PDFs or documents, but would only function as viewers, according to 9to5mac's sources. The desktop versions of both programs have already been tuned to work with iCloud, Apple's online document storage service.

Apple might be developing the new apps in order to increase usage of iCloud, or as part of a push to integrate it much deeper into both iOS and OS X. Apple already offers mobile versions of its more robust office apps Pages, Numbers and Keynote, which sync documents via iCloud.

iCloud has so far proven problematic for users, since iCloud storage can't be navigated like ordinary drives with a traditional folder structure. To open a file, or even find it to send to someone else, users must go through the program or app that created it.

Furthermore, Apple only provides 5GB of space for free, no matter how many devices you purchase and use with the same iCloud account. This space is also used for iOS device backups, which can quickly balloon to the full 5GB or more.

Software developers have also struggled to make their programs work with iCloud, due to issues with syncing files and the complexity of the system itself. Apple might also try to improve how iCloud handles files and permissions to make app development easier.

9to5mac's screenshots, which have not been verified as genuine, also show an icon for a previously rumoured Healthbook app, which could include fitness tracking functions as well as integrate with hardware such as a bracelet that monitors heart rate and blood pressure.

Previous iOS 8 leaks have indicated that Apple is working on an overhauled Maps app as well as a dedicated app for iTunes Radio, which has so far been a part of the Music app.

Go rafting through the Grand Canyon with Google Street View
Bitcoin: Why the underworld loves it