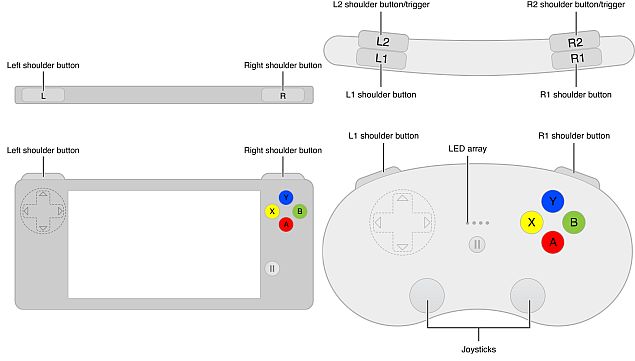 Looks like Apple's betting big time on mobile gaming with iOS 7, the next iteration of the company's mobile OS.

While it's already known that iOS devices including the iPhone, iPod touch and iPad have made a dent into portable gaming device makers' market, the upcoming iOS version aims to take it to the next level by offering support for hardware game controllers.

During Apple's WWDC keynote, the slide that talked about the iOS 7 SDK features, mentioned MFi game controllers. It's worth pointing out that MFi is a licensing program to get the hardware components, tools, documentation, technical support, and certification logos needed to create electronic accessories that connect to iPod, iPhone, and iPad. So by adding support for controllers in the SDK, Apple eliminates the need for game developers to write games that work with proprietary game controllers, offering an easy way to make controllers work with the phone.

iOS gaming focused website, Touch Arcade has also posted screenshots from a guide for developers which has appeared on Apple's developers site, that offers basic guidelines on the use of game controllers, without mentioning any specifics. The screenshots feature diagrams of two different kind of gaming controllers, one which will allow you to see the screen of the phone (we feel the phone would fit into it), and another which is a standalone console-games like controller. The first type of screen controller includes shoulder buttons, a d-pad direction controller on the left and action buttons and a pause key on the right. The standalone controller also features two joysticks and an LED array.

The site mentions that game developers who offer support for game controllers would need to ensure that their games also work without them and that there's going to be a "Made for iPhone" branding for them. There will be just one common interface for developers to code to, as per the site.

It will be interesting to see how this pans out when Apple announces the new iPhone, most likely in fall. This also opens a possibility of gaming coming to the Apple TV. Existing games also work on Apple TV via AirPlay so Apple might make it better or maybe even offer new games made for Apple TV.
Comments