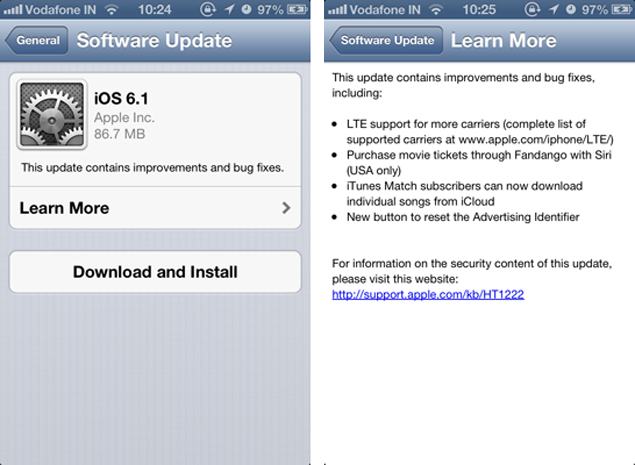 A video has surfaced online that shows a user bypassing the iOS 6.1 lockscreen by following series of simple steps.

The video is in Spanish and was posted on YouTube on 2nd February. It was picked up by Gizomodo UK on Thursday.

The video shows the user making and immediately cancelling the call and then holding the power button. The user posted the exact steps needed to unlock the phone:

Ok...ready for second part:
-Go to passcode screen.
-Keep pushing down the power button ...1...2...3...seconds and before showing the slider "turn off"...tap the emergency call button and ...voilá!
-Then without releasing the power button press the home button and ready...

Once the lock is bypassed using the above steps, the user apparently has access to the Phone app, and thus the ability to add/ edit contacts, make calls, and, as the photos by trying to assign a photo to a contact.

We could not unlock our iPhone 4S running iOS 6.1 with the above steps, though we can't claim to have understood the steps properly thanks to the broken English in which they were posted.  The Verge reports they were able to use the exploit to bypass the lockscreen on iPhone 5 running iOS 6.1.

Update: Apple has acknowledged the problem and claims a fix will be issued.

Here's the video for your viewing pleasure.