Apple has highlighted all India-centric features coming through iOS 13 on its official website. 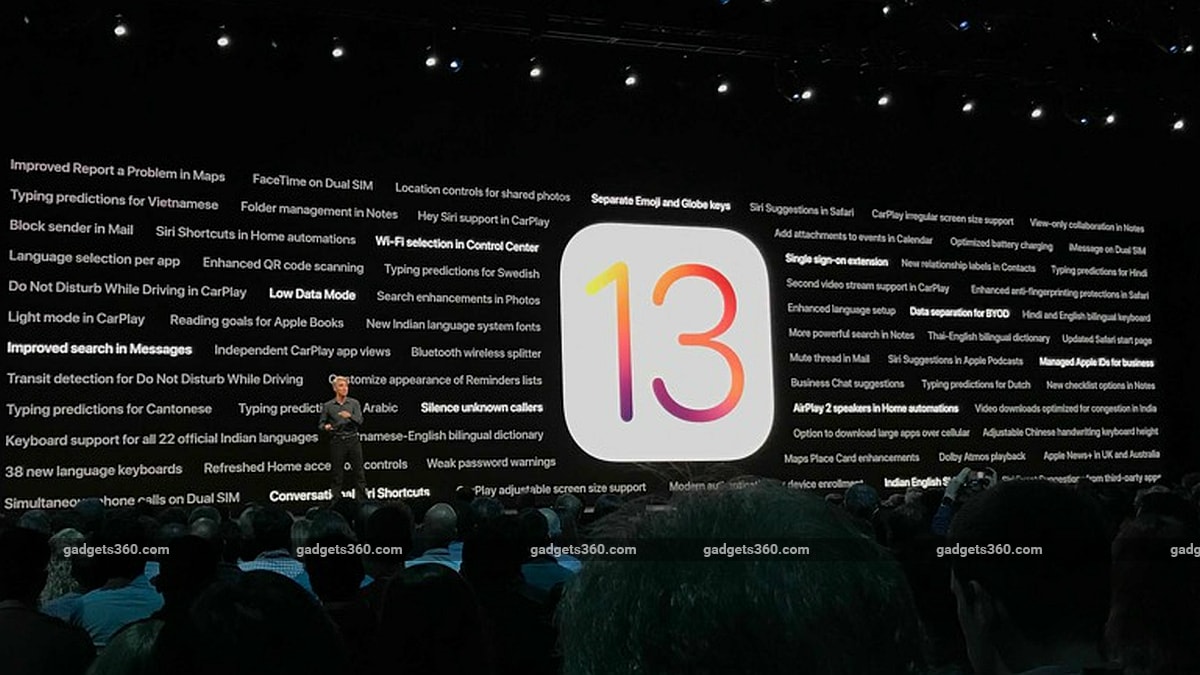 Apple WWDC 2019: iOS 13 has been unveiled as the company's next mobile operating system

Apple on Monday unveiled iOS 13 as the next iteration of its mobile platform, with much fanfare. The new version of iOS includes a host of new features, including the anticipated Dark Mode and an upgraded Photos app. However, what's set to please Indian users specifically through iOS 13 is Indian English voice support for Siri. Apple is also set to offer several other India-centric features to the latest iOS platform to attract Indian users. These include support for more Indian languages and a romanised Hindi-English bilingual keyboard along with typing predictions.

Perhaps for the first time ever, Apple has listed all the upcoming iOS features specifically designed for Indian users on its official website. One of the first features that iOS 13 will bring for India is Indian English voice support for Siri. Apple has claimed on its website that the new iOS version will include "all-new and more natural" Indian English male and female Siri voices.

Aside from Indian English Siri voice support, iOS 13 is touted to offer an enhanced language setup experience with the ability to choose multiple relevant languages to the keyboard, dictation languages, and preferred languages if you speak more than one language.

The new iOS version is also listed with romanised Hindi and English bilingual keyboard support that works with typing predictions as well. Further, Apple is adding typing predictions to the Devanagari Hindi keyboard to suggest the next word as you type and learn from your typing behaviour over time.

Also, there will be four new system fonts for Gurmukhi, Kannada, Odia, and Gujarati for an enhanced reading experience in apps such as Safari, typing in Messages and Mail, and swiping through Contacts.

Apple has also mentioned on its website that on the new iOS version, video streaming apps including Hotstar and Netflix will be able to optimise the time of day to download your content efficiently by avoiding congested networks and peak cellular data prices.

Notably, the all India-focussed features that will head to iPhone and iPod touch later this year will also make way to the iPadOS that Apple announced at its WWDC 2019 keynote on Monday as a dedicated operating system for iPad models. This means all the iOS 13 and iPadOS eligible iPhone, iPod touch, and iPad users will be able to experience the Indianised experience.

That being said, India isn't yet to a big market for Apple's mobile operating system. According to the data provided by comScore, iOS had an install base of 3.6 million in India as of April this year. With over 900 million iOS devices worldwide, India accounts for less than 0.5 percent of iOS users. However, according to IDC, Apple's share in the Indian smartphone market in the first quarter of 2019 reached 0.7 percent, dropping 48.7 percent compared to the same period last year.

In a Nation of Android Users, Why These Developers Are All in on Apple's iOS

Despite having a marginal share at the present stage, India is indeed an important market for Apple. A report by Cisco in December last year predicted that India will have over 800 million smartphone users by 2022.

Last month, Apple CEO Tim Cook revealed that the recent pricing actions that brought a reduction in the prices of some iPhone models in the country already delivered "some better results." The new features that will arrive through iOS 13 are likely to improve things further for Apple and could make iOS a stronger competitor against Android in India.