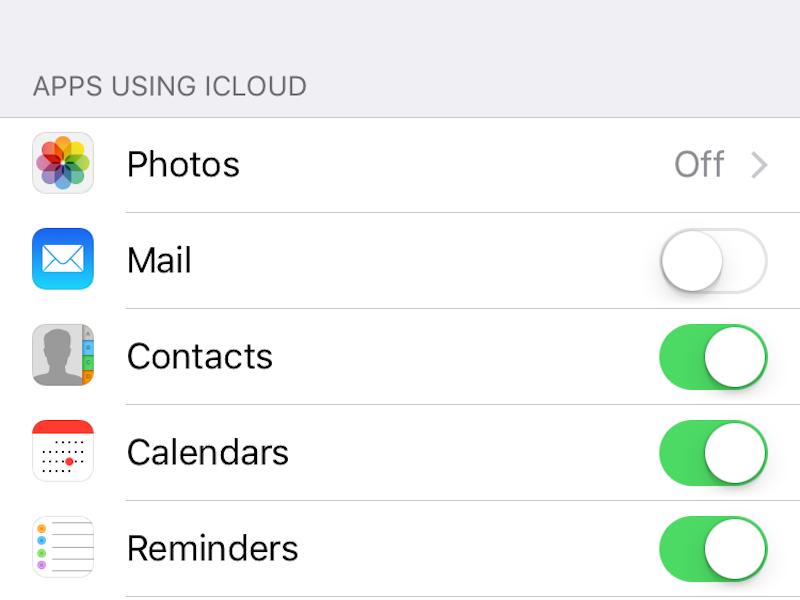 Apple last week released iOS 10.3 update which brought some nifty little improvements, bug fixes, and some new features like the ability for Siri to show live scores from Indian Premier League (IPL) and International Cricket Council (ICC) cricket matches. Of course, with every update that tries to fix bugs, sometimes, more get created. One bug that was recently spotted was regarding the iCloud settings which is reportedly turning on some services that were previously turned off.

The Cupertino giant has been sending out emails to some users telling them that the iOS 10.3 update has a bug that is causing some iCloud services to turn on despite being disabled previously, according to MacRumors. The email sent by Apple basically wants you to check your iCloud settings and see if any service that you had previously disabled has been automatically turned on. The email reads as follows.

We discovered a bug in the recent iOS 10.3 software update that impacted a small number of iCloud users. This may have inadvertently reenabled some iCloud services that you had previously disabled on your device.

We suggest you go to iCloud settings on your iOS device to make sure that only the services you'd like to use are enabled.

Learn more about how to manage your iCloud settings or contact AppleCare with any questions.

Since this is a software-related issue, many more users may be affected so we would urge them to have a quick look at their iCloud settings. It is also not known as of now whether the bug continues to affect settings after it has been corrected by users.

According to an update received by MacRumors, Apple states that iCloud Photo Library, iCloud Keychain, and Find My iPhone were not affected by the bug, and that the bug itself has been fixed with the latest iOS 10.3.1 update.

Apple began rolling out iOS 10.3.1 update just a few days after iOS 10.3. The newest release was aimed at fixing some lingering bugs and security improvements, and also brings back 32-bit device support for older devices like the iPhone 5 and iPhone 5c.