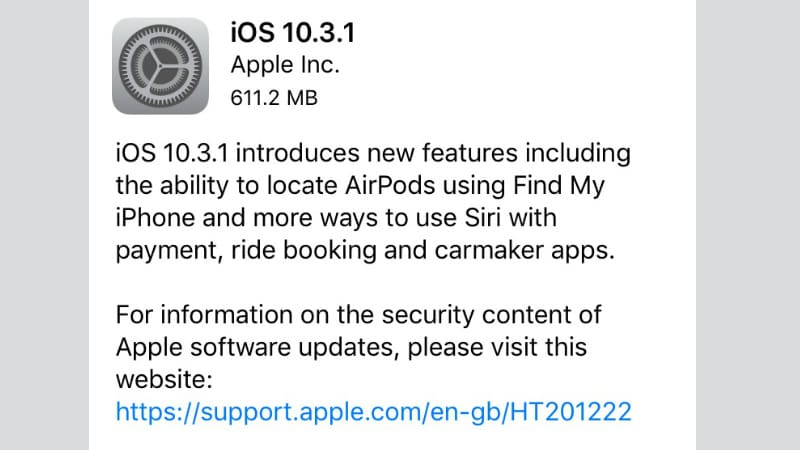 Just a week after the iOS 10.3 release, Apple has begun rolling out iOS 10.3.1 update for eligible iPhone and iPad users. While the release focuses on bug fixes and security improvements, it also brings back 32-bit device support - so, the iPhone 5 and iPhone 5c are now supported, unlike with the iOS 10.3 update.

To download the update, ensure that you have good Wi-Fi strength, and your device is charged up to 50 percent at least. Don't forget to backup your iOS device before you download and install the update.

With iOS 10.3, Apple brought along the ability for Siri to show live scores from Indian Premier League (IPL) and International Cricket Council (ICC) cricket matches, apart from answering other queries. It also introduced the 'Find My AirPods' feature and a system-wide API that allows app developers to ask for a review, and even reply to it - building developer-customer dialogue. Finally, iOS 10.3 also brings iCloud Analytics for the first time. The entire changelog can be found here.