Intex to launch quad-core smartphone for less than Rs. 10,000 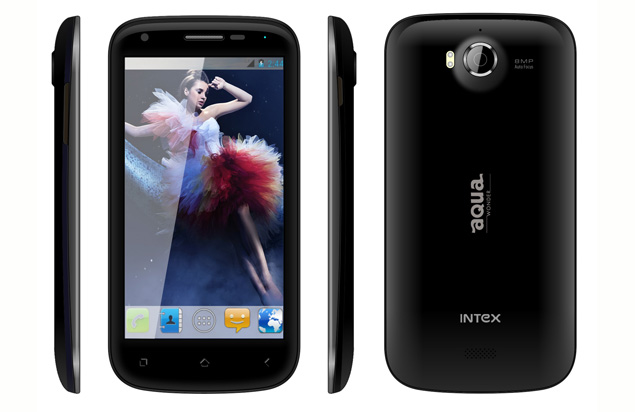 Intex Technologies is planning to add a little more excitement in the low cost quad-core smartphone segment with its Intex Aqua Wonder 2. Intex Aqua Wonder 2 will be launched in India on April 15 and, as per company's comments to NDTV Gadgets, priced under Rs. 10,000.

Intex had launched its Aqua Wonder (Review)smartphone in February 2013 for Rs. 9,990. Intex Aqua Wonder 2 will be its successor and come with Mediatek MT6589 quad-core processor. The smartphone will run on Android 4.1 (Jelly Bean).

Just like its predecessor, Intex Aqua Wonder 2 will sport a 4.5-inch IPS display with a qHD resolution of 540x960 pixels. The other expected features on Intex Aqua Wonder 2 are 512 MB of RAM, 8-megapixel rear camera, 1.3-megapixel front-facing camera, 1,800mAh battery and 2GB of internal storage, which can be expanded by up to 32GB through a microSD card.

Apart from this, the company plans to launch two more quad-core smartphones in the near future. However, these smartphones will be in the price range of Rs. 10,000 to Rs. 15,000.

Intex Technologies is currently offering budget Android smartphones under Intex Aqua brand. The company had recently launched Intex Aqua Style, which comes with a 5.9-inch capacitive touchscreen with a resolution of 480X800 pixels.

Priced at Rs. 11,200, Intex Aqua Style is a dual-SIM smartphone that supports 3G connectivity on one SIM. It runs on Android 4.0 (Ice Cream Sandwich). The smartphones is powered by 1GHz dual-core processor along with 512MB of RAM. There is 4GB of internal storage available on the smartphone, which can be expanded by up to 32 GB via microSD card.

For camera, there is an 8-megapixel rear view camera with flash and 1.3-megapixel one on the front for video calling. Connectivity options for Intex Aqua Style include Bluetooth, Wi-Fi, 3G and GPS.

Intex Aqua Style comes with 2500mAH battery, which as per the company gives talk-time of 3.5 hours and standby time of about 100 hours.