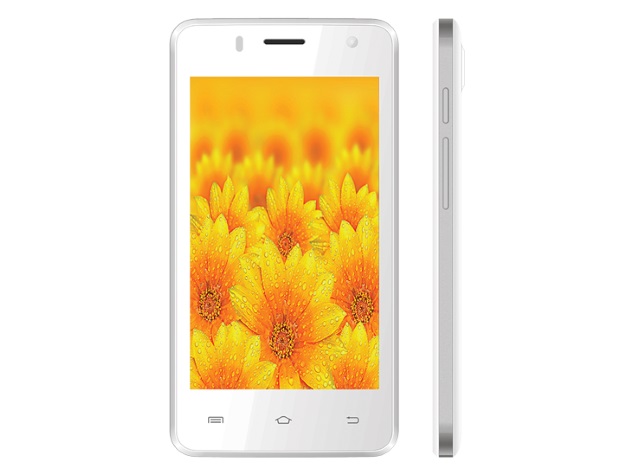 Intex has launched the Cloud N IPS, listing it on its site with a price of Rs. 4,350. The new Cloud-series budget smartphone is also available to buy via an e-commerce website at Rs. 3,785. So far, there has been no announcement from Intex about the availability of the handset.

Notably, the new Cloud N IPS is a new variant of the Intex Cloud N smartphone that was launched in May. The only difference between both the handsets is that the Cloud N IPS features 512MB of RAM while the Cloud N (Review | Pictures) came with 1GB of RAM - both feature IPS displays.

It comes with 4GB of inbuilt storage, which is further expandable via microSD card (up to 64GB). It sports an 8-megapixel rear camera with LED flash, a highlight of the smartphone at this price point. There is a secondary 2-megapixel front-facing camera also on board.

On the connectivity front, the Cloud N IPS offers 3G, GPRS/ EDGE, Wi-Fi 802.11 b/g/n, Micro-USB, and Bluetooth options. The smartphone packs a 1400mAh battery, which according to the official listing is rated to deliver up to 11 hours of talk time, and up to 235 hours of standby time. It measures 124x64.5x9mm, weighs 101 grams, and is listed in Black and White colour variants. The Intex Cloud N IPS is available to buy via Snapdeal.

The dual-SIM (GSM+GSM) smartphone runs Android 4.4.2 KitKat out-of-the-box and comes with a 5-inch (720x1280 pixels) HD IPS display. It is powered by a 1.4GHz octa-core MediaTek MT6592M processor coupled with 2GB of RAM. It comes with 16GB of inbuilt storage, which is further expandable via microSD card (up to 32GB). It sports a 13-megapixel rear camera with LED flash, while there is a secondary 5-megapixel front-facing camera also on board.