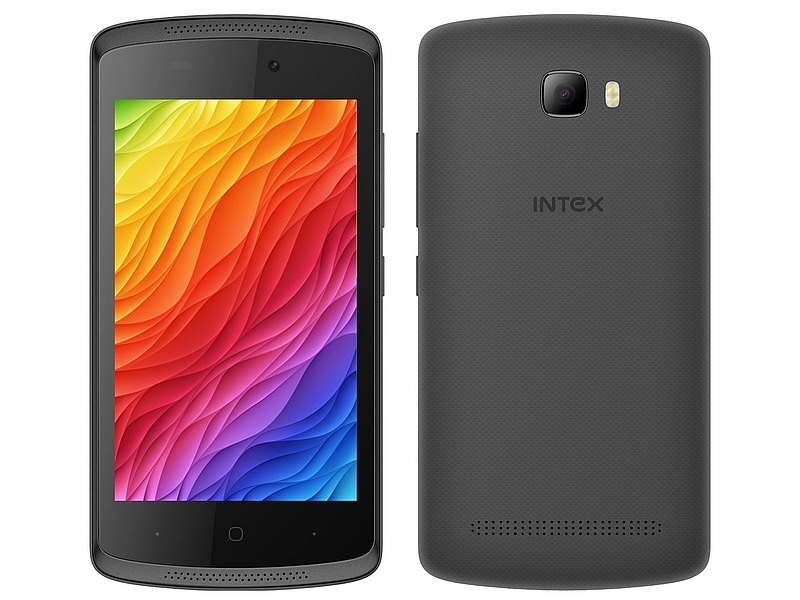 Intex on Monday launched its Cloud Jewel smartphone priced at Rs. 5,999, and within a day ut has launched its second smartphone in the same series - the Cloud Gem+. The handset is available to purchase exclusively from Snapdeal, an e-commerce website, at Rs. 3,299.

The Intex Cloud Gem+ is a dual-SIM (Regular-SIM + Micro-SIM) supporting smartphone that runs Android 5.1 Lollipop out-of-the-box. It features a 4-inch WVGA (480x800 pixels) resolution display with Gorilla Glass protection and a pixel density of 240ppi. The handset is powered by a quad-core MediaTek MT6580M processor clocked at 1.3GHz, clubbed with 512MB of DDR2 RAM and Mali 400 GPU.

The Cloud Gem+ sports a 2-megapixel rear camera with LED flash and 2P Lens, along with a front-facing 2-megapixel fixed focus camera. It houses 4GB of inbuilt storage, of which 956MB is for users. However, it can support microSD card (up to 32GB) as well. The device supports 3G, AGPS, Bluetooth, Wi-Fi, FM radio, and Micro-USB 2.0 connectivity.

Backed by a 1400mAh Li-ion battery, the Intex Cloud Gem+ is rated to deliver up to 200 hours of standby time and up to 4 hours of talk time. It is available in Classic Black and Soothing White colour variants, measures 126x64x10.3mm, and weighs 114 grams. Some of the preinstalled apps that come with the smartphone are Matrabhasha, i-store, Intex Service, OLX, and Opera Mini.

Zoho Vault Is a Free Password Manager That's Great for Personal Use
This Year Call of Duty Will Be in Space: Report