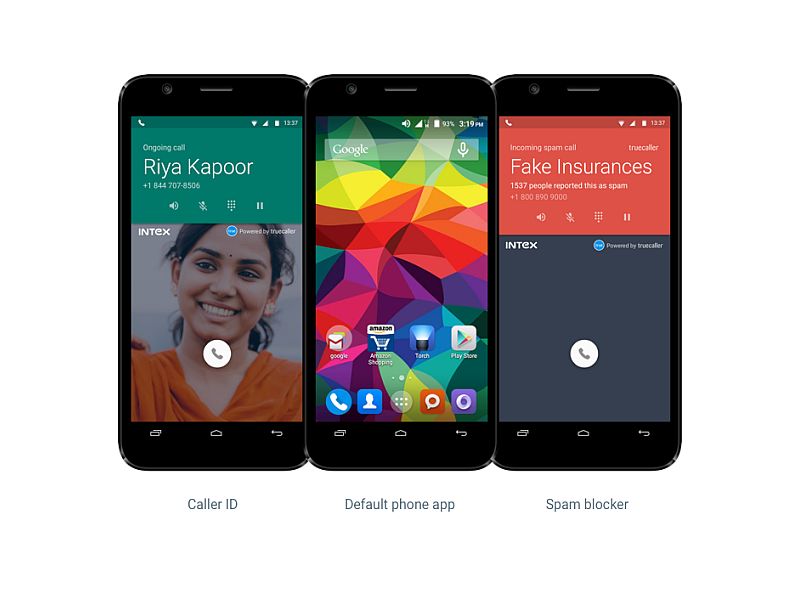 The integration of Truecaller apps will let Intex Aqua Young users identify unidentified numbers on incoming and outgoing calls as well as block unwanted spam calls. So far, both the companies have not commented whether the partnership will expand to other smartphones in the Intex range.

Notably, Truecaller had earlier this year partnered with Cyanogen to integrate the Truecaller and Truedialer apps into Cyanogen OS 12.1. The partnership was announced back in May, but only made its way into smartphones with the OnePlus One CM12.1S update in August.

Commenting on the announcement, Nami Zarringhalam, co-founder and Chief Strategic Officer, Truecaller said, "This partnership demonstrates how innovative products and solutions can change the face of an industry, and we're excited work together to bring this product to the market."

"With this association, we are confident of further strengthening our focus of providing a differentiated experience to our consumers and help them experience smart ways of connecting and identifying contacts", said, Nitin Goel, General Manager, VAS & Experience, Intex Technologies.

Truecaller, an app to identify unknown numbers and also block spam calls, last month had reached the 200-million user milestone and claimed to have doubled its user base in less than 10 months.