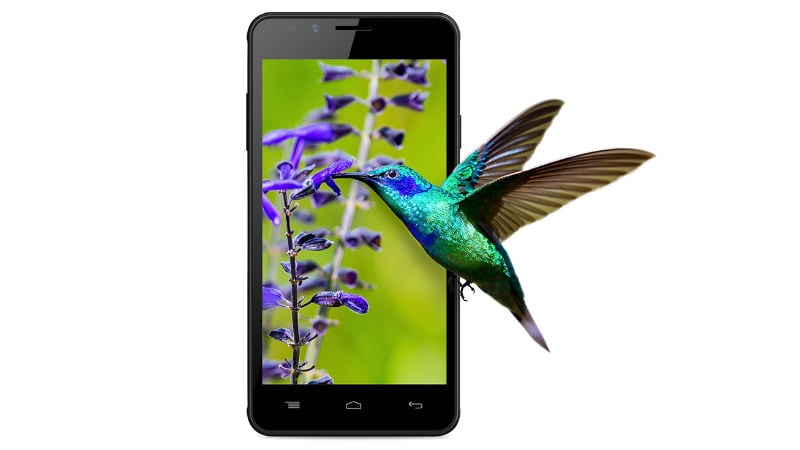 Intex Aqua Lions E3 price in India, launch offers
Intex has launched the Aqua Lions E3 in an exclusive partnership with retail chain Poojara Telecom, in Saurashtra, Gujarat. This smartphone will be available at a price of Rs. 5,499 across the outlets of Poojara Telecom in the region. However, on the company's official website, the price mentioned is Rs. 6,999. As part of the launch, the handset comes with a Reliance Jio instant Rs. 2,200 cashback offer. Buyers will have to recharge their Jio number with either Rs. 198 or Rs. 299 packs, following which they will receive 44 cashback vouchers on the MyJio app, each worth Rs. 50.

Intex Aqua Lions E3 specifications
The dual-SIM Aqua Lions E3 sports a 5-inch HD display with 720x1280 pixel resolution and a pixel density of 294ppi. The smartphone runs Android 7.0 Nougat. Under the hood, the handset is powered by a 1.3GHz quad-core Spreadtrum SC9832A processor with Mali 400 GPU, coupled with 2GB of RAM. The Aqua Lions E3 features an 8-megapixel camera at the back and a 5-megapixel camera at the front. There is a single LED flash on the rear camera.

Intex has provided 16GB of onboard storage on the Aqua Lions E3 that is expandable via microSD card (up to 32GB). Connectivity options include 4G VoLTE, WLAN, Bluetooth, FM radio, a 3.5mm audio jack, and a Micro-USB 2.0 port. Sensors in the handset include gravity sensor, proximity sensor, ambient light sensor, and GPS/ A-GPS.

Further, the Aqua Lions E3 is fuelled by 2500mAh battery that is slated to deliver a talk time of up to five to seven hours and a standby time of 200 to 250 hours. The smartphone is available in only one Black colour variant. The handset measures 145x73x8mm and weighs 154 grams.