Intex Aqua i-4 and Cloud Y5 listed on company's website 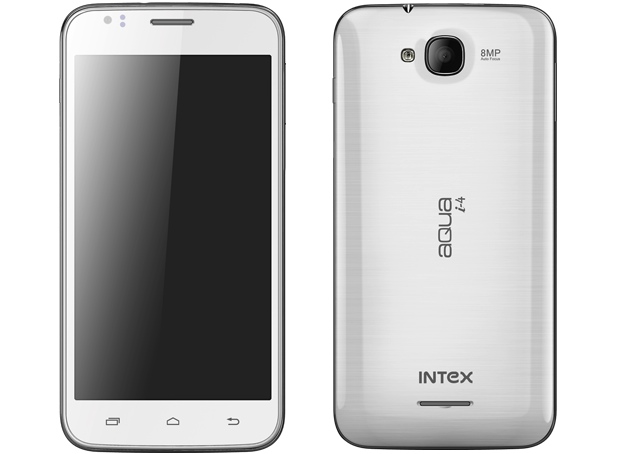 Intex has launched two new Android smartphones, the Aqua i-4 and the Cloud Y5.

The phones have been listed on the company's website and are available for purchase online. The listing was first spotted by FoneArena.

The Intex Aqua i-4 appears to be the budget variant of the Intel Aqua I-5, which was launched earlier this year. The phone is powered by a 1.2GHz dual-core processor and sports a 5-inch capacitive touch screen. Available in Black and White colour variants, the Aqua i-4 features an 8-megapixel rear camera and a 1.3-megapixel front-facing camera. It runs Android 4.2 Jelly Bean and supports 3G (HSDPA/ HSUPA), Wi-Fi, and Bluetooth connectivity options. The phone comes pre-loaded with apps such as Matrabhasha, Intex Game Club, Intex Play, Hungama, Intex Mvies, in addition to a call recorder. The company is also including a flip cover in the phone's box. It is priced at Rs. 9,490. The Intex Cloud Y5 is a budget offering. The phone is powered by a 1GHz dual-core processor. It features a 4.5-inch FWVGA(480x854 pixels) capacitive touch screen. The Cloud Y5 sports a 3.2-megapixel rear camera and a VGA front-facing camera. The phone will be available in Black and White colour variants and runs Android 4.0 Ice Cream Sandwich. The phone doesn't offer 3G connectivity but supports Wi-Fi and Bluetooth. The phone comes pre-loaded with apps such as WhatsApp, Intex Game Club, Intex Play, Hungama, Intex Mvies, in addition to a call recorder. The phone is priced at Rs. 6,190.

There's no word yet on the RAM, battery capacity and internal storage of the phones as of now.

The Pentagon as incubator for Silicon Valley startups
Armed with $1.5 billion, HP CEO on the prowl for acquisitions