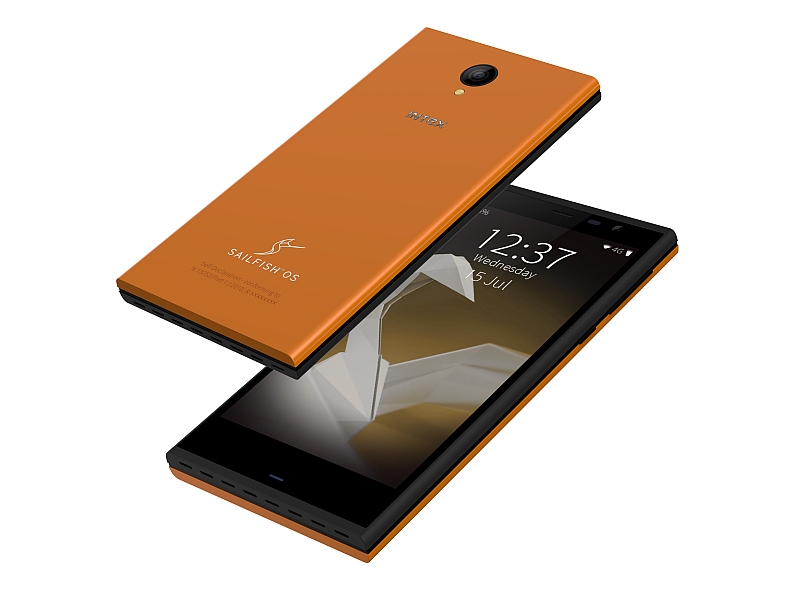 Intex on Friday launched the Aqua Fish smartphone, said to be the first licenced Sailfish OS device in the world. Running Jolla's Sailfish 2.0 OS, the smartphone will initially be exclusively available via eBay India at Rs. 5,499. It will become available on Amazon, Flipkart, and Snapdeal in the coming weeks.

The dual-SIM supporting Intex Aqua Fish sports a 5-inch HD (720x1280 pixels) resolution TFT display and is powered by a 1.3GHz quad-core Snapdragon (unspecified) processor under-the-hood, clubbed with 2GB of DDR3 RAM. The latest Sailfish OS 2.0-based smartphone sports an 8-megapixel rear camera with LED flash alongside a 2-megapixel front-facing camera. Also housed is 16GB inbuilt storage, which can be expanded via microSD card (up to 32GB).

The company had announced its partnership with Jolla and its plans to launch a Sailfish smartphone 'within a few months' back at MWC Shanghai in June last year. Jolla unveiled its Sailfish OS 2.0 at MWC in Barcelona last year. The updated OS brings an improved UI and new software integration capabilities for partners. Swiping left or right from the multitasking view in Sailfish OS 2.0 brings up partner spaces, which the company uses to monetise its OS. Intex also became the first company in the world to license Sailfish OS 2.0. To note, the operating system can run Android apps.

"At Intex, it's our constant endeavour to bring latest technology to our consumers first. Keeping with that tradition, we are delighted to partner with Jolla to launch the world's first smart phone with a licensed Sailfish OS. Sailfish is a young mobile OS; a challenger with a lot of promise. We are confident that our consumers will enjoy the Sailfish experience on the Aqua Fish," stated Keshav Bansal, Director, Intex Technologies.

Speaking about the launch, Sami Pienimaki, Jolla Co-Founder, stated "We are very excited and proud to witness the launch of Aqua Fish, the first Sailfish OS powered smartphone licensed by a major device vendor. With Intex Aqua Fish, smartphone lovers in India will get the possibility to experience a totally new, fast and smooth user experience, and run their favourite Android apps in a totally new environment."