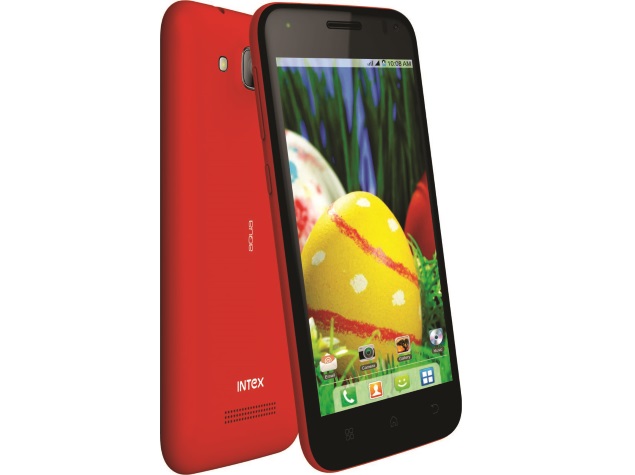 Intex has launched its new budget smartphone, the Aqua Curve Mini, at Rs. 7,290.

The company in a press note claims that the new Aqua Curve Mini is targeted at students and young professionals in Tier 2 and 3 cities of India. The Intex Aqua Curve Mini is all set to intensify the sub-Rs. 8,000 segment, which already includes Android 4.4 KitKat-based Lava Iris X1, Moto E, Xolo Q1000 Opus, Micromax Canvas Engage and Unite 2.

The Android 4.4.2 KitKat-based Aqua Curve Mini is a dual-SIM (GSM+GSM) device and comes with a 4.5-inch FWVGA (480x854 pixels) IPS display. It is powered by a 1.3GHz quad-core processor alongside 1GB of RAM.

The smartphone comes with 4GB of inbuilt storage, which is further expandable via microSD card (up to 32GB). The Intex Aqua Curve Mini sports an 8-megapixel rear camera with LED flash, while there is a secondary 2-megapixel front-facing camera.

On the connectivity front, the Intex Aqua Curve Mini includes 3G, Wi-Fi, Micro-USB, and Bluetooth. The smartphone packs a 1500mAh battery. Some of the preloaded apps include Opera Mini, Saavn, and OLX.

Commenting on the launch, Sanjay Kumar Kalirona, Business Head, Mobiles said, "Within one week of the launch of our first Aqua smartphone on KitKat OS, we have introduced another Aqua smartphone with KitKat OS in the market. Available at a very affordable price, Aqua Curve mini is a stylish and chic smartphone equipped with all the advanced features which will surely strike a chord with the new age user."