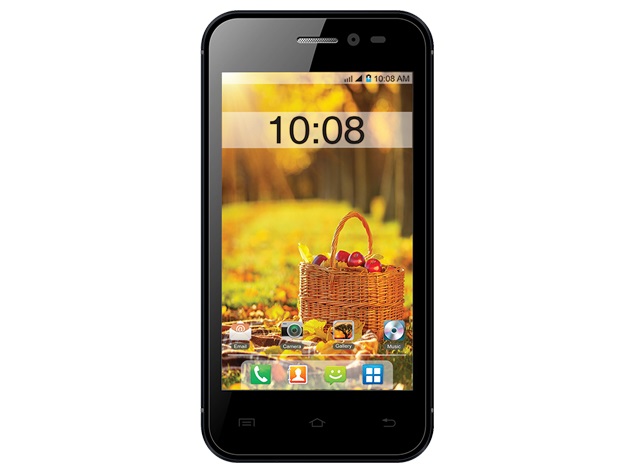 The Intex Aqua 3G Star is powered by a 1GHz single-core Spreadtrum (SC7715) processor coupled with 256MB of RAM. The Android 4.4.2 KitKat-based smartphone comes with dual-SIM support. It supports 3G connectivity, one of the highlights of the handsets at the price point.

Apart from 3G, other connectivity options on the Aqua Star include Wi-Fi, Bluetooth, GPS/ A-GPS, and Micro-USB. It comes with 2GB of ROM storage and features a microSD card slot supporting up to 32GB card. The Intex Aqua 3G Star, much like the Aqua 3G+, features a 4-inch WVGA (480x800 pixels) display, a 3.2-megapixel rear camera, and a 0.3-megapixel front camera.

The smartphone will be available in just Black colour unlike the Aqua 3G+ that is available in Black, Blue, Grey, and White colours.

Intex on Wednesday also officially listed the Aqua 5X, priced at Rs. 3,990. The new Aqua-series Intex smartphone is a dual-SIM (GSM+GSM) device which runs Android 4.4.2 KitKat out-of-the-box. It comes with a 4-inch (480x800 pixels) WVGA display, and is powered by a dual-core MediaTek (MT6572) processor clocked at 1GHz along with 256MB of RAM.