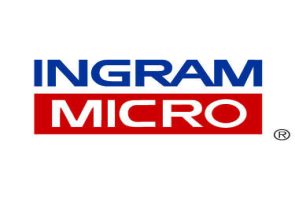 Technology distributor Ingram Micro Inc will buy smaller rival BrightPoint Inc for about $650 million in cash in its biggest deal ever, to expand in the high-margin mobility market as demand for personal computers declines.

BrightPoint's shares were up 64 percent at $8.89 in trading before the bell, just short of the 66 percent premium offered for its stock.

The shares, which once traded at over $28, have lost more than three-quarters of their market value over the last six years.

"Expanding our presence in the mobility market has been a focus of Ingram Micro and the acquisition of BrightPoint accomplishes this to an extent that would have been challenging to achieve on our own," Ingram Chief Executive Alain Monie said in a statement.

Credit Suisse, which raised its price target on BrightPoint by $1 to $9, reflecting Ingram's per-share offer, said the deal was complementary to Ingram's existing offerings.

With the PC market losing ground to smartphones and tablets, companies like Ingram Micro and Arrow Electronics Inc have been looking to expand in new growth areas.

Arrow said in April it would buy Altimate, a distributor of computing products and services, to expand in Europe - its third acquisition this year.

Another rival, Avnet Inc said on Monday it would buy a European distributor of data center services, Magirus Group, for an undisclosed amount.

BrightPoint, which operates in more than 35 countries, had revenue of about $5.2 billion in 2011.

Ingram Micro will fund the deal with existing credit facilities and cash, and has obtained a commitment for a $300 million debt facility from Morgan Stanley Senior Funding.

If the deal - Ingram's first since 2010 - is terminated, BrightPoint will pay Ingram $26 million.

Ingram expects more than $55 million in annual cost savings by 2014 from the acquisition.