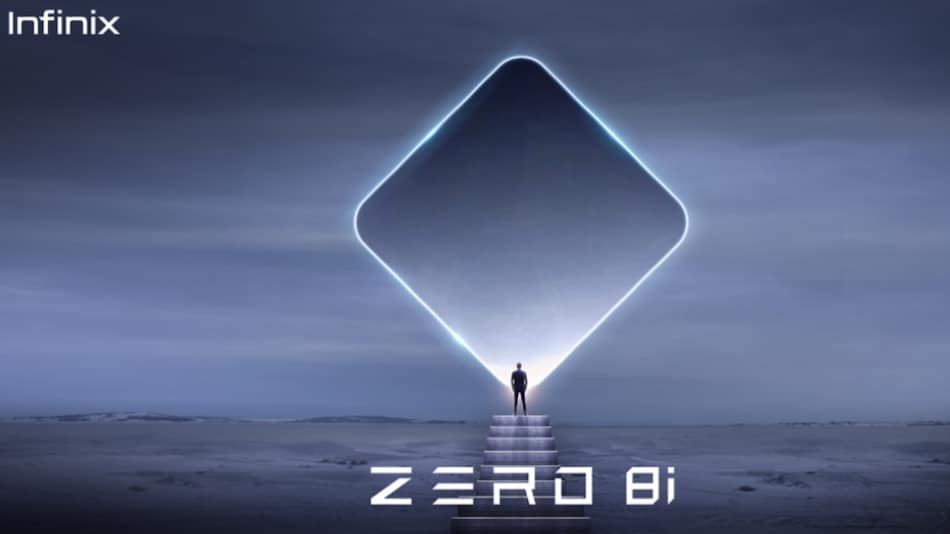 The Infinix Zero 8i features a 6.85-inch full-HD+ display

Infinix Zero 8i will launch in India on December 3, the company announced. Infinix Zero 8i was launched in Pakistan last month in a solo 8GB RAM + 128GB storage configuration. The phone is expected to have the same specifications as the variant launched in Pakistan. Key features include a quad rear camera setup featuring a 48-megapixel primary sensor, a dual-selfie camera, and the octa-core MediaTek Helio G90T SoC under the hood.

When the Infinix smartphone was launched in Pakistan last month, the solo 8GB RAM + 128GB storage model was priced at PKR 34,999 (roughly Rs. 16,300). It is offered in Black Diamond, Green Diamond, and Silver Diamond colour options. The phone can be expected to be priced similarly in India and be offered in the same colour options.

The Infinix Zero 8i features a 6.85-inch full-HD+ display with dual hole-punch cut outs for the selfie camera setup and a 90Hz refresh rate. It runs on Android 10 with XOS 7 skin on top. Under the hood, the smartphone has the octa-core MediaTek Helio G90T SoC paired with 8GB of RAM. It packs a 4,500mAh battery and has a side-mounted fingerprint scanner.

Update: Infinix contacted Gadgets 360 to confirm that it has changed the launch date from December 2 to December 3. The article has been updated to reflect this.

The Best Movie and Television Streaming Services in India
Google Stadia Pro to Get Six New Games Including Hitman 2, 400 New Games Are Part of the Stadia Roadmap