Infinix Smart 5 will feature a notch for the selfie camera. 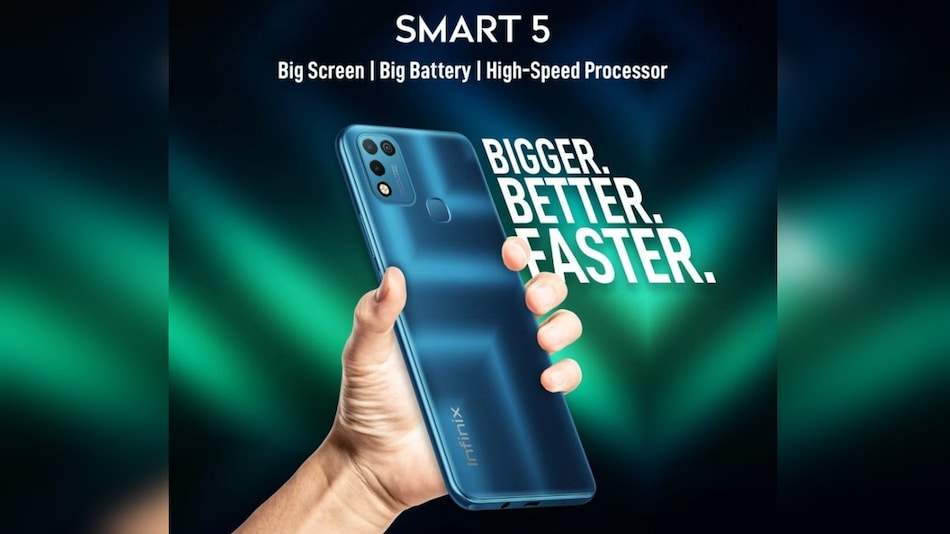 Infinix Smart 5 will be a budget-friendly phone

Infinix Smart 5 will launch in India on February 11 at 12pm (noon). The phone is a successor to the Infinix Smart 4 that was launched in November 2020 in India. Infinix Smart 5 will come with a dual-rear camera setup, a 6.82-inch display, and a notch for the selfie camera. The phone was originally launched globally in August 2020, but the Indian variant appears to have a few differences. Infinix has not shared the pricing for the phone yet.

Infinix Smart 5 will be launched in India on February 11, the company announced via a press release. A dedicated Flipkart page has also been made live. Pricing for the phone has not been shared yet.

The global variant of the phone runs on Android 10 (Go edition) with XOS 6 on top. It features a 6.6-inch 720x1,600 pixels IPS display. Under the hood, the phone comes with an unspecified 1.8GHz processor with 3GB of RAM. In terms of cameras, the global variant comes with a triple rear camera setup that includes a 13-megapixel primary sensor with two QVGA sensors. At the front, Infinix Smart 5 has an 8-megapixel sensor.

Infinix Smart 5 comes with 64GB storage that is expandable via a microSD card (up to 256GB). For connectivity, the global variant gets Wi-Fi, 4G, GPS, Bluetooth, 3.5mm headphone jack, and a Micro-USB port for charging.