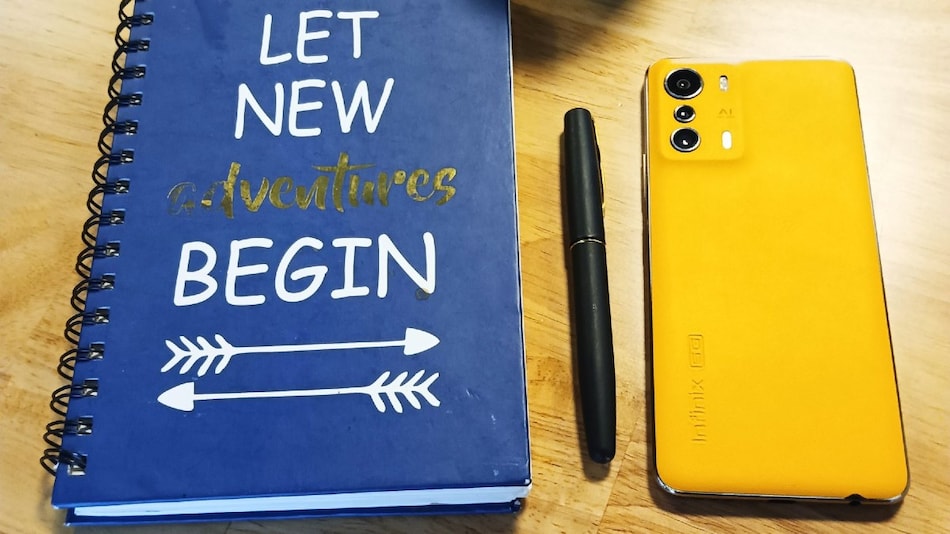 Infinix Zero 5G India launch will take place on February 8, as per a tipster. Some of the key specifications of the smartphone have also been leaked. Infinix Zero 5G is the company's first 5G smartphone and it is tipped to offer support for 13 5G bands. Infinix has already teased through an Instagram post that the phone will launch in India. However, the exact launch date was not mentioned. Meanwhile, the phone's design and triple rear camera has been teased by Infinix India CEO Anish Kapoor.

Meanwhile, Kapoor has teased a phone with an Orange colourway on Twitter, which is believed to be Infinix Zero 5G. This is similar to the image posted by tipster Abhishek Yadav in his previous tweet about the smartphone.

The development comes a day after media reports tipped the price and specifications of the smartphone.

The Infinix Zero 5G smartphone is said to run Android 11 with XOS 10 skin on top. It may sport a 6.7-inch AMOLED display with 120Hz refresh rate. The phone is claimed to come with a MediaTek Dimensity 900 SoC with Arm Mali-G68 MC4 GPU. The SoC could be paired with up to 8GB of RAM and 128GB of onboard storage.

There could be a triple rear camera setup which may comprise a 40-megapixel or a 48-megapixel primary sensor, a telephoto sensor, and an ultra-wide-angle sensor. Infinix Zero 5G is said to pack a 16-megapixel selfie sensor. Connectivity options on Infinix Zero 5G may include 5G, NFC, USB Type-C, and a 3.5mm headphone jack. The smartphone is also said to get a fingerprint scanner and a 5,000mAh battery with 33W fast charging support.