The phone has been launched in African countries, and there’s no word on Indian availability for now. 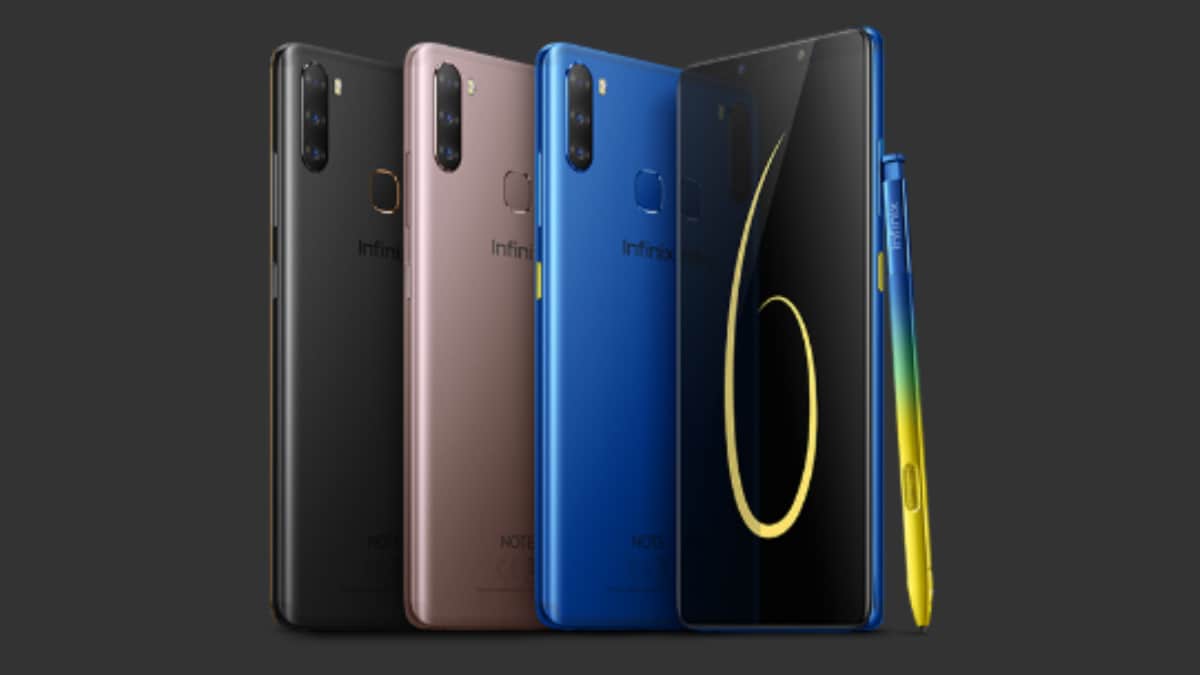 Infinix Note 6 has now been announced

Infinix Note 6 has now been launched, and its key spotlights are its X Pen stylus support, its Helio P35 SoC, Android Pie operating system, and a 4,000mAh battery. The Note 6 is the successor of the Infinix Note 5 launched last year. Infinix launched another Infinix Note 5 Stylus smartphone variant a little later in 2018 to introduce X Pen support, but this time around the company has introduced the X Pen stylus support on the Infinix Note 6 smartphone itself. It's a decent upgrade over its predecessor with better processor, camera, and more.

Infinix Note 6 has been launched in several African countries like Uganda, and its price has reportedly been set UGX 750,000 (roughly Rs. 13,900), according to local media. It is on sale in three colour options - Aqua Blue, Midnight Black, and Mocha Brown. The phone's India availability is not known, but the predecessors were launched in India last year, so this new variant should also make it to the markets soon.

The Infinix Note 6 sports traditional bezels on the top and bottom portions of the display, a triple rear camera setup, a rear fingerprint sensor, and Stylus support. The bottom edge houses a 3.5mm audio jack, a Micro USB port, a speaker grille, and a Stylus placeholder. The volume and power button are on the right edge, while the dual-SIM tray is on the left edge of the phone.

The dual-SIM (Nano) Infinix Note 6 runs on Android Pie based on XOS 5.0 software. It features a 6.01 (1080x2160 pixels) full-HD+ AMOLED display, and is powered by the 12nm 2.3GHz MediaTek Helio P35 octa-core SoC paired with 4GB RAM. It offers 64GB of storage with the option to expand further using a hybrid microSD card slot (up to 128GB).

The phone is listed to pack a 4,000mAh battery with fast charging support. It is touted to last up to 3-days of usage, and connectivity options include Wi-Fi 802.11 a/b/g/n/ac, Bluetooth, Micro USB port, 3.5mm audio jack, GPS, and more. Sensors on board include accelerometer, ambient light sensor, digital compass, gyroscope, proximity sensor, and rear fingerprint sensor.