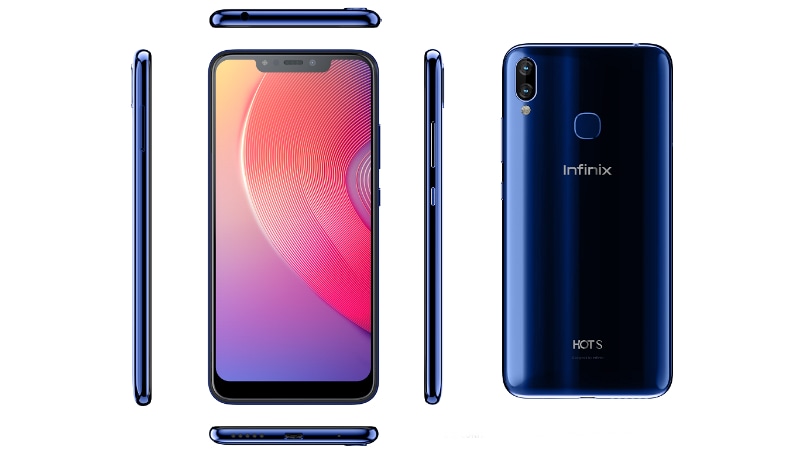 Transsion Holdings-owned online smartphone brand Infinix on Thursday announced the launch of its latest Hot S3X smartphone in India. Successor to the Infinix Hot S3 launched earlier this year, the Hot S3X now comes with improved features including a larger 6.2-inch HD+, a dual rear camera setup with an additional 2-megapixel depth sensor, and a selfie camera with AI enhancements. The phone will be released in the Indian market during Flipkart's upcoming Big Diwali Sale early next month. Let's check out the Infinix Hot S3X price in India and specifications.

Infinix Hot S3X price in India has been set at Rs. 9,999 for the lone variant with 3GB of RAM and 32GB of onboard storage. The phone will be sold exclusively via Flipkart during the e-commerce platform's upcoming “Big Diwali Sale” to be held between November 1 and November 5. Colour options of the phone include Ice Blue, Sandstone Black, and Tradewinds Grey.

In the camera department, the Infinix Hot S3X gets a dual rear camera setup with a 13-megapixel primary sensor and a 2-megapixel depth sensor, both with f/2.0 apertures, PDAF, HDR, and dual-LED flash. On the front, the handset sports a 16-megapixel selfie camera with 4-in-1 “big pixel”, f/2.0 aperture, and softlight flash.

Connectivity options on the Infinix Hot S3X include Wi-Fi, Bluetooth v4.2, GPS, a Micro-USB port with OTG support, and a 3.5mm headphone jack. Sensors onboard the phone include accelerometer, ambient light sensor, electronic compass, fingerprint sensor, and proximity sensor. There is a 4,000mAh battery under the hood. The weight of the phone is 150 grams.