Infinix Hot 9 Series to Launch in India on May 29, Two Phones Expected 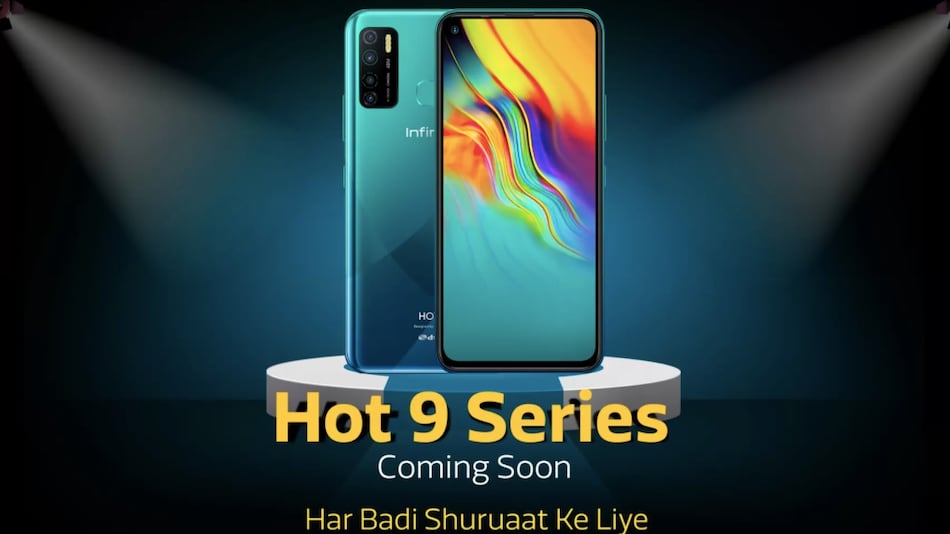 Infinix Hot 9 series will make its India debut on May 29, e-retailer Flipkart has revealed. The upcoming lineup was teased by Infinix on May 20 on social media and the smartphone brand had noted that Flipkart would share more details about the lineup today. Right on time, Flipkart has announced when we can expect to see Infinix Hot 9 phones. The e-retailer hasn't shared any features or specifications of the upcoming phones, but it seems to have given us a glimpse of the Infinix Hot 9 Pro phone.

Flipkart has seemingly shared an image of the Infinix Hot 9 Pro on the lineup's teaser page on its website. The teaser image shows a quad camera setup and a fingering sensor on the back of the phone. Additionally, the hole-punch design is visible on the front with the camera cutout placed on the top-left of the screen. DTS Audio branding is also visible on the bottom-centre of the back. Although Flipkart doesn't mention the name of the phone, the camera setup shows 48-megapixel written, suggesting the main shooter with a 48-megapixel image sensor. Given the Infinix Hot 9 that was launched in Indonesia carries a 16-megapixel primary shooter on the back, the phone pictured on Flipkart is likely Infinix Hot 9 Pro.

To remind you, Infinix Hot 9 features a 6.6-inch IPS HD+ LCD display, octa-core MediaTek Helio A25 SoC, 4GB of RAM, and 5,000mAh battery. In terms of the cameras, the phone packs an 8-megapixel selfie camera on the front and a quad camera setup on the back.