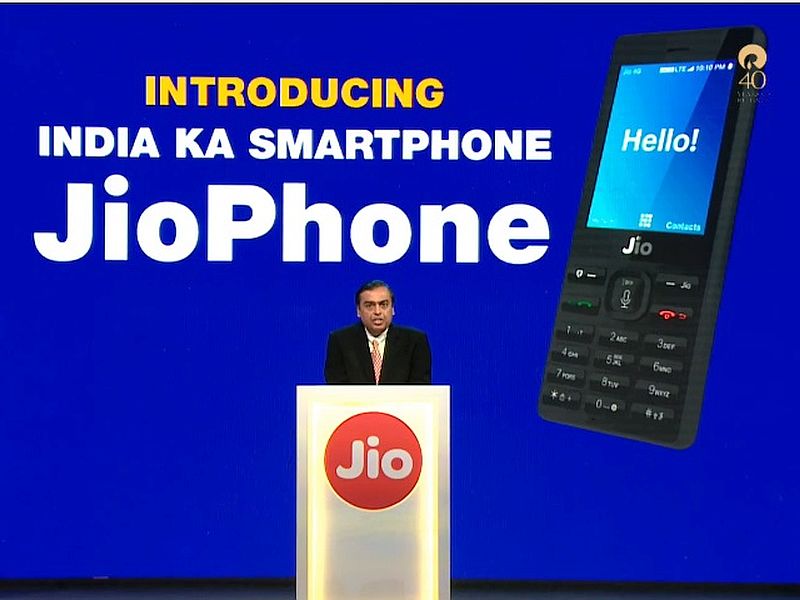 JioPhone, the 'India ka smartphone' unveiled by Reliance Jio recently, is going to be a factor in slowing down the trend of giving up feature phones for smartphones, new research said on Thursday. According to Counterpoint Research, the VoLTE-enabled JioPhone will have a major impact on the mobile market.

The latest research by Counterpoint also claims that the LTE installed base of handsets crossed 150 million units in India - putting the country only behind China and the US. It predicts that India can beat the US' installed base in the next one year.

"It is their [Chinese brands] second successive quarter when their market share is well over 50 percent after they took over local players in 2H 2016," Counterpoint said in a statement. In terms of brands, Xiaomi, Vivo, Oppo and Gionee were the fastest growing smartphone brands. The report said that these brands have lately focusing on offline presence.

Sharing the smartphone shipments for Q2, Counterpoint claimed that Samsung retained its top spot with 24.1 percent market share followed by Xiaomi with a market share of 15.5 percent. Vivo (12.7 percent), Oppo (9.6 percent), and Lenovo (6.8 percent) were the other three vendors in top five smartphone brands.

Listing top smartphone models, Counterpoint said that the Xiaomi Redmi Note 4 and Redmi 4 were the top selling smartphones, with the Samsung Galaxy J2, Oppo A37, and Samsung Galaxy J7 rounding off the top five list.

The latest Counterpoint report also stated that the LTE capable smartphones contributed to 96 percent of smartphone shipments in Q2 2017. It also claimed that four out of five mobile handsets shipped were "Made in India" during Q2 2017.

The smartphones with 2GB of RAM and 16GB inbuilt storage contributed one fourth of the total smartphones shipped during Q2 2017. Counterpoint said that the memory remained the top requested feature among Indian consumers.

Commenting on the top-selling smartphones, Associate Director Counterpoint, Tarun Pathak, said, "Xiaomi's comeback can be attributed to strong demand for its sub-Rs. 10,000 portfolio, making the Redmi Note 4 the top-selling model in the first half of 2017. This is the first time any brand has been able to topple Samsung which has held the best-seller slot for its models over the last four years due to its enormous reach and scale."