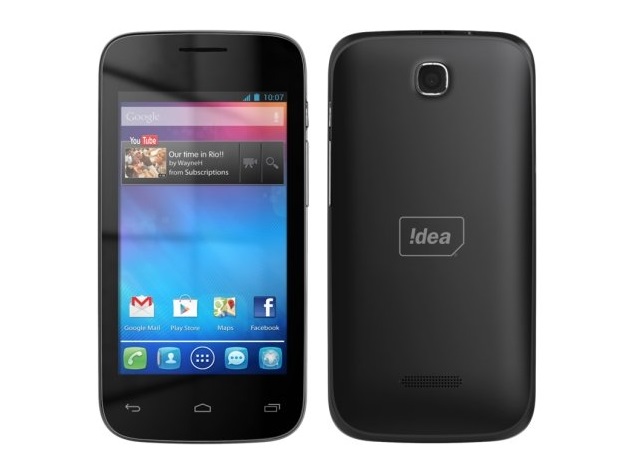 Extending its portfolio of 3G smartphones to 16, Idea Cellular on Thursday launched the ID 4000 for Rs. 4,999 and has bundled it with data benefits.

The country's third largest operator says it has already sold over 7 lakh devices from its earlier range of 3G smartphones.

"Idea is the only mobile operator in the country to offer a vast array of affordable 3G devices which is targeted at upgrading 2G users to 3G. With the launch the new device, Idea's portfolio of 3G smartphones has gone up to 16, and the company has already sold over 7 lakh devices from its earlier range," Idea Cellular said in a statement.

The Idea ID 4000, which will be available in 11 circles, comes with a special offer for existing 3G users, offering 1.6GB of 3G data and Idea TV access free for three months, with a pack priced at Rs. 259.

For new users, 1.6GB of 3G data and Idea TV access free for three months will be offered with a pack of Rs. 261.

"Our strategy of proliferating data services through the sale of affordable 3G smartphones has worked well for us, and hence we will continue to build on our devices portfolio," Idea Cellular Chief Marketing Officer Sashi Shankar said.

The dual-SIM Idea ID 4000 smartphone is based on Android 4.2 Jelly Bean operating system, has a 4-inch HVGA (320x480 pixel) screen, 1GHz dual-core processor, 512MB of RAM, 3.2-megapixel camera, 512MB of inbuilt storage along with expandability via microSD, and a 1500mAh battery. Connectivity options include 3G, Wi-Fi, Micro-USB and Bluetooth 4.0.

Edited by NDTV staff from original story by PTI