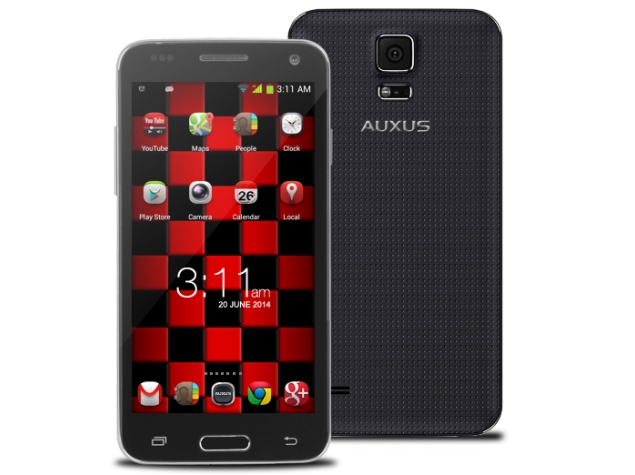 The smartphone sports a 5-megapixel rear camera with LED flash, while there is a 2-megapixel front-facing camera also onboard. The Auxus Linea L1 comes with 4GB of inbuilt storage, and can be expanded up to 64GB via microSD card. There is no word on connectivity options on the smartphone, except for 3G support. The smartphone is backed by a 2000mAh battery.

The iberry Auxus AX04 tablet, much like the Auxus Linea L1, offers dual-SIM functionality and supports voice-calling. Notably, the tablet supports 2G network on both SIMs. It comes with a 7-inch IPS display that offers an aspect ratio of 16:9, while there is no word on screen resolution of the tablet.

The Auxus AX04 is powered by a dual-core processor (unspecified chipset) clocked at 1.5GHz, coupled with Mali 400 GPU and 512MB of RAM. It packs 4GB of built-in storage, which is further expandable up to 64GB. There is 2-megapixel rear camera onboard, alongside a 0.3-megapixel front-facing camera. The tablet is backed by a 3000mAh battery.

Commenting on the launch, Feroz Ahmed, COO and Co-Founder of iberry India, said, "Further to the tremendous response and success of the exclusive launch of Auxus Nuclea X on eBay India recently, we are delighted to again exclusively launch the new series of our Auxus smartphone and tablet on eBay India. Both the products are targeted to the budget conscious Indian consumers and we are confident that this series will be well received."