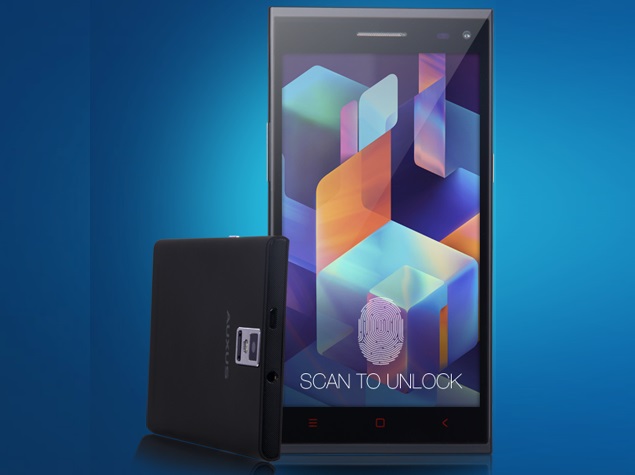 The iberry Auxus Note 5.5 comes with fingerprint scanner feature, which is the highlight of the device at this price point. Notably, the fingerprint scanner has been until now seen in some high-end smartphones such as Apple iPhone 5s, Samsung Galaxy S5 and HTC One Max.

The Auxus Note 5.5's fingerprint scanner is located below the camera on the rear panel. Users can save up to three fingerprints for verification, and also set a security profile and visible apps for each profile.

The iberry Auxus Note 5.5 is a dual-SIM (GSM+GSM) device that comes with a 5.5-inch HD (720x1280 pixels) Active Matrix OGS display. The company notes that the device also comes with Gorilla Glass Protection.

The phablet is powered by a 1.7GHz octa-core MediaTek (MT6592) processor alongside 2GB of RAM and Mali-450 GPU. It comes with 16GB of inbuilt storage, which is further expandable via microSD card (up to 64GB).

It sports a 13-megapixel rear camera with LED flash, while there is a secondary 8-megapixel front-facing camera also onboard. The Auxus Note 5.5 is said to support NFC, while there is no word about 3G, Wi-Fi, Micro-USB, and Bluetooth connectivity options.

The budget smartphone packs a 3200mAh battery, but iberry has not detailed talk time or standby time. 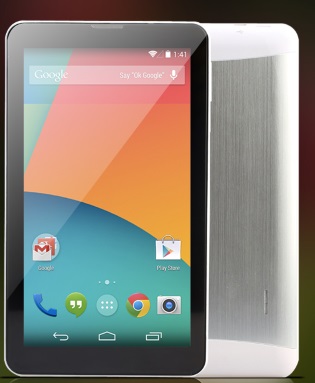 The iberry Auxus AX04i tablet, on the other hand, features a 7-inch IPS display with no word on resolution. The tablet comes with dual-SIM (GSM+GSM) support and also features voice calling functionality.

The tablet is powered by a 1.3GHz dual-core (unspecified chipset) processor clubbed with 512MB of RAM. It includes 4GB of inbuilt storage that is further expandable up to 64GB via microSD card.

The Auxus AX04i tablet sports a 2-megapixel rear camera and also packs a front-facing 0.3-megapixel camera. The tablet is backed by a 3000mAh battery.