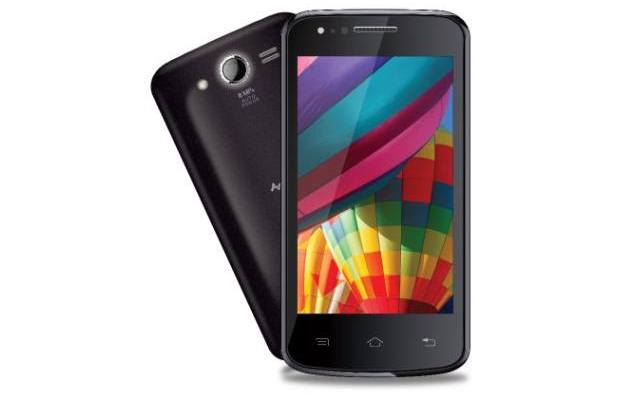 The iBall Andi 4.5-K6  budget Android smartphone has been listed on the company's site without price, and is also available at an online retailer at Rs. 7,395.

iBall Andi 4.5-K6 is a dual-SIM 3G-enabled smartphone with support for GSM+GSM, and runs on Android 4.2 Jelly Bean. The smartphone is currently available on eBay.

It sports a 8-megapixel rear camera with LED Flash, and a front-facing camera with unspecified resolution. There is 4GB of inbuilt storage on the iBall Andi 4.5-K6, which can be further expanded up to 32GB via microSD card. The smartphone packs in a 1600mAh battery, but battery life ratings have not been mentioned.

Connectivity options on the iBall Andi4.5-K6 include Wi-Fi, Wi-Fi direct, Bluetooth, EDGE /GPRS, GPS, Micro-USB and FM radio with recording. The dimensions and the weight specifications of the smartphone have not been mentioned by the company.

The iBall Andi 5-E7 runs Android 4.2 Jelly Bean. It is a dual-SIM smartphone with support for GSM+GSM. The Andi 5-E7 features a 5-inch FWVGA (480x854 pixels) display. It is powered by a 1.3GHz dual-core Cortex A7 processor (unspecified chipset) along with 512MB of RAM. It sports a 5-megapixel rear autofocus camera with LED flash and also houses a VGA front-facing camera.

On the other hand, the iBall Andi 5-M8 runs Android 4.2.2 Jelly Bean. It is a dual-SIM (GSM+GSM) device with dual standby support, and unlike the Andi 5-E7, offers 3G connectivity. It also has a larger 8-megapixel rear camera than the Andi 5-E7, with LED flash, apart from its VGA front-facing camera. It features a 5-inch display with a resolution of 480x854 pixels. The smartphone is powered by 1.3GHz dual-core Cortex A7 processor (unspecified chipset) alongside 512MB of RAM.