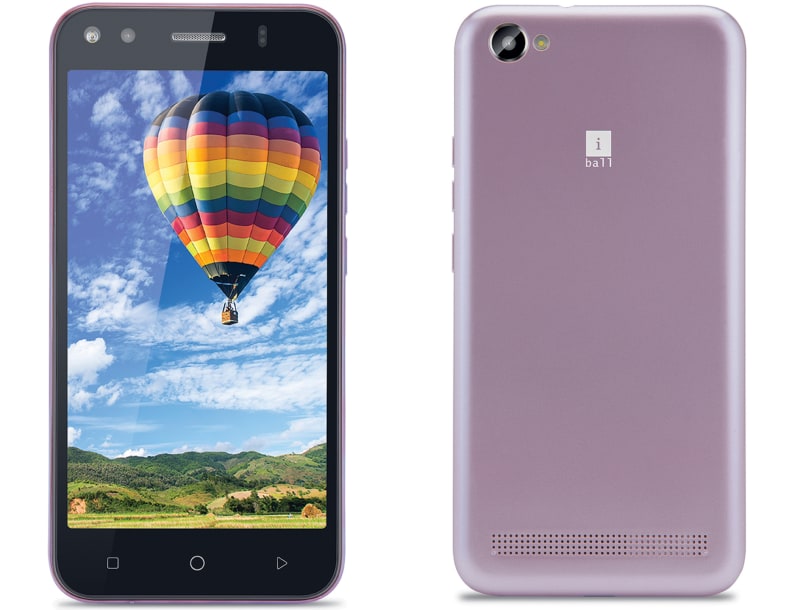 iBall on Friday launched its budget-friendly 4G smartphone - iBall Andi Wink 4G - to its Andi smartphones portfolio. The major highlight of the iBall smartphone is the VoLTE feature at a budgeted price of just Rs. 5,999. The smartphone comes in a Grey colour and is available in India starting Friday.

The dual-SIM supporting iBall Andi Wink 4G runs Android 6.0 Marshmallow, and is powered by a quad-core processor (chipmaker unspecified) coupled with 2GB of RAM. It packs a 5-inch FWVGA (480x854 pixel) display that the company claims to give 'soothing graphics and tender transitions effortlessly'.

The iBall Andi Wink 4G bears a 5-megapixel rear camera and a 2-megapixel front camera. Both the cameras have flash modules for low-light photography and video capturing. The company claims that the front camera along with the flash module is especially designed for 'video chatting'.

The Andi Wink 4G sports a 2300mAh battery that's rated to deliver up to a day of battery life, claimed the company. The smartphone is VoLTE-enabled, allowing users to make voice calls over a 4G network - especially relevant in the wake of the recent launch of Reliance Jio 4G services.

The smartphone has 16GB of inbuilt storage, which is expandable via microSD card (up to 32GB). Other connectivity options in the iBall Andi Wink 4G include GPRS/EDGE, GPS, A-GPS, FM, Bluetooth, Wi-Fi, USB On-The-Go. The smartphone also comes with call-recording feature. Bundled with a free protective cover, the iBall Andi Wink 4G will enter the market to compete with smartphones like Intex Cloud 4G Smart in the budget segment.