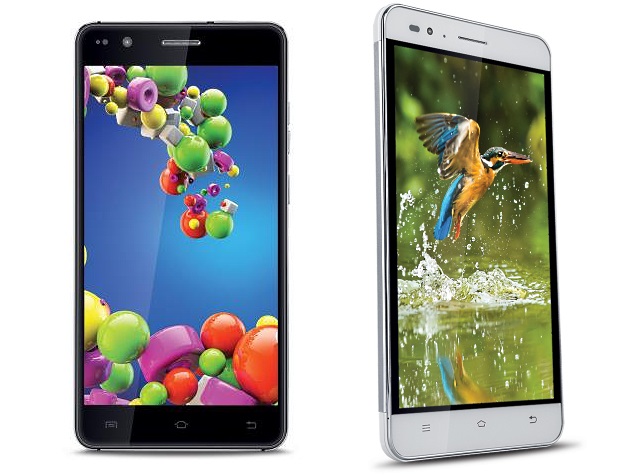 The iBall Cobalt Solus2 is the successor to the Andi 5Q Cobalt Solus smartphone, which was launched in March. The dual-SIM (GSM+GSM) based Cobalt Solus2 runs Android 4.4 KitKat out-of-the-box and features a 5-inch (720x1280 pixels) HD IPS display with a pixel density of 272ppi. The smartphone is powered by a 1.7GHz octa-core processor coupled with 2GB of RAM.

It comes with 32GB of inbuilt storage, which is further expandable via microSD card (up to 32GB). It sports a 13-megapixel autofocus rear camera with an LED flash, while there is a secondary 5-megapixel front-facing camera also on board. On the connectivity front, the Cobalt Solus2 offers 3G, GPRS/ EDGE, Wi-Fi 802.11 b/g/n, GPS/ A-GPS, Micro-USB, and Bluetooth options. The handset features 2100mAh battery.

The iBall Andi HD6, on the other hand, features a 6-inch HD (720x1280 pixels) display and supports dual-SIM support. It runs Android 4.4 KitKat and is powered by 1.3GHz quad-core processor coupled with 1GB of RAM.

It comes with 8GB of inbuilt storage that is further expandable via microSD card (up to 32GB). There is an 8-megapixel rear camera with LED flash on board apart from a 5-megapixel front camera. The handset supports Bluetooth, Wi-Fi, GPRS/ EDGE, 3G, and Micro-USB connectivity options. The smartphone is backed by a 3000mAh battery. The company listing notes that both the smartphones support over 15 regional languages.