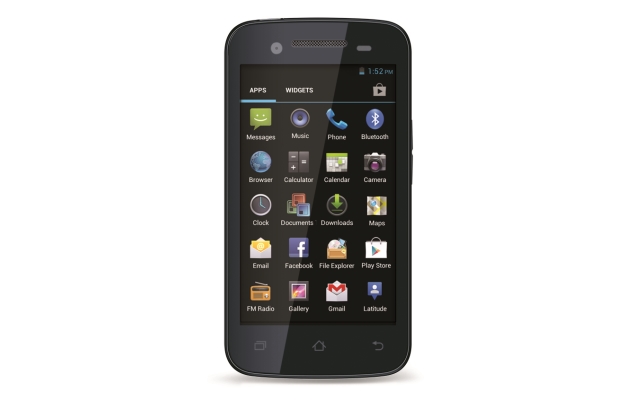 iBall has launched a new smartphone, the Andi 4Di at a price point of Rs. 5,995 for the Indian market.

The iBall Andi 4Di features a 4-inch IPS WVGA display that has a resolution of 480x800 pixels. The device is powered by a 1GHz Cortex A9 processor and has 1GB of RAM.

It runs Android 4.0 Ice Cream Sandwich. The phone sports a 5.0-megapixel rear camera along with an LED flash and a VGA front facing camera. The Andi 4Di comes with 512MB internal storage, however only 150MB is user-accessible. The memory can be expanded up to 32GB with the help of microSD card, though. The iBall Andi 4Di is a dual SIM phone and comes with dual standby support. Connectivity features include 3G (HSUPA and HSDPA), Edge, GPRS, Wi-Fi, GPS, aGPS and Bluetooth. The phone comes with a 1700mAh battery. iBall is also giving a flip cover bundled with the iBall Andi 4Di. The phone is available in two colour options, Black and Silver, and White and Chrome.

Earlier this month, iBall unveiled the Andi 3.5KKe phone for Rs. 3,399. The smartphone features a 3.5-inch HVGA display and is powered by a 1GHz Cortex A9 processor. The iBall Andi 3.5KKe sports a 3.2-megapixel rear camera with auto focus and LED flash. It runs Android 2.3 Gingerbread, an outdated iteration of the operating system. It is a dual SIM device and includes connectivity features like Wi-Fi, Bluetooth, EDGE and GPRS.