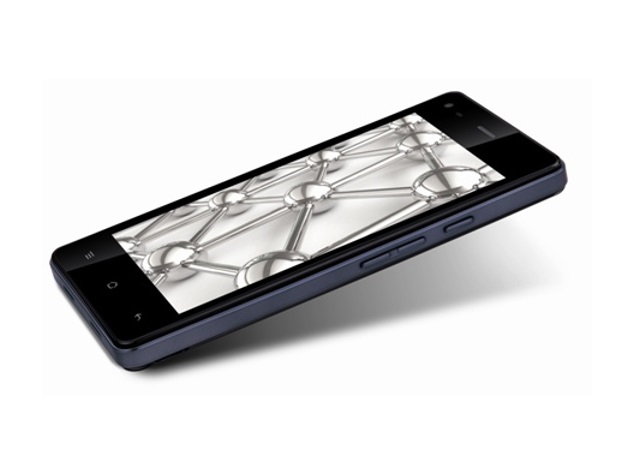 iBall has expanded its Andi-series of smartphones with the launch of the Andi 4.5V Baby Panther. The smartphone has been launched at Rs. 7,599.

The Andi 4.5V Baby Panther is a dual-SIM (GSM+GSM) device which runs Android 4.4 KitKat out-of-the-box. One of the most notable features of the smartphone is that the company claims it is upgradable to Android 5.0 Lollipop. Xolo back in October had launched the One smartphone also upgradable to Android 5.0 Lollipop. It features a 4.5-inch (540x960 pixels) qHD IPS display and sports an 8-megapixel autofocus rear camera with LED flash, while there is a secondary 2-megapixel front-facing camera also onboard.

On the connectivity front, the Andi 4.5V Baby Panther offers 3G, GPRS/ EDGE, Wi-Fi 802.11 b/g/n, Micro-USB, and Bluetooth options. The smartphone packs a 1700mAh battery with no word on talk time and standby time. It will be available in Blue and White colours.

Announcing the launch of the Andi 4.5V Baby Panther, Sandeep Parasrampuria, Director, iBall said, "We are pleased to announce the new addition 'Baby Panther' - to the Andi Panther series. It is the compact with superior technological performance at low price point. Baby Panther is not only stylish but also the first 4.5-inch smart phone in the market today. It is sure to strike a chord with the entire new age users who are not only tech savvy but also conscious about the gadgets they carry."